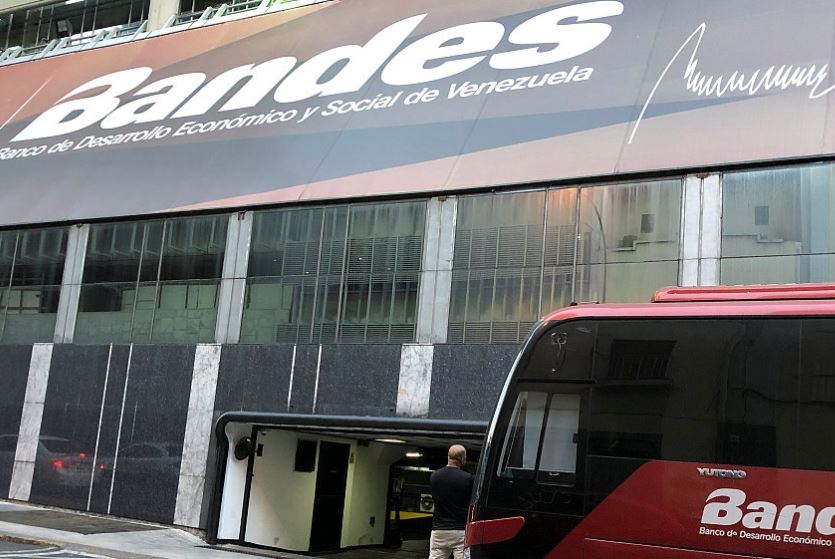 The US Treasury said on Friday it was slapping the sanctions on Banco de Desarrollo Economico y Social de Venezuela, including its subsidiaries in Uruguay and Bolivia.

This comes a day after US National Security Advisor John Bolton said that the toughest sanctions against Venezuela's Maduro government are "yet to come."

Earlier on Thursday, Bolton criticized via Twitter the Venezuelan government for its reported arrest of Roberto Marrero, the aide of the opposition leader Guaido.

The alleged arrest "will not go unanswered," Bolton said. "He should be released immediately and his safety guaranteed."

Noting that the Maduro government officials "will be strangled financially," Bolton said that "the window is closing."

US President Donald Trump threatened on Tuesday that "we really haven't done the really tough sanctions yet" against the Venezuelan government.

Guaido, who self-declared as the interim presidency in January, has accused Bandes of being used by President Nicolas Maduro's government to funnel money outside Venezuela.

Venezuela's information ministry did not immediately respond to a request for comment.

The US Treasury said Maduro tried to move $1 billion out of Venezuela through Banco Bandes Uruguay in early 2019 as he came under increasing pressure from the United States and the US's regional allies to step down.

The latest sanctions freeze assets belonging to the bank and its subsidiaries, and prevent US citizens from any dealings with Bandes.

They follow a raft of other sanctions imposed by the administration of US President Donald Trump in recent months against Maduro, top government officials, and state oil firm PDVSA.