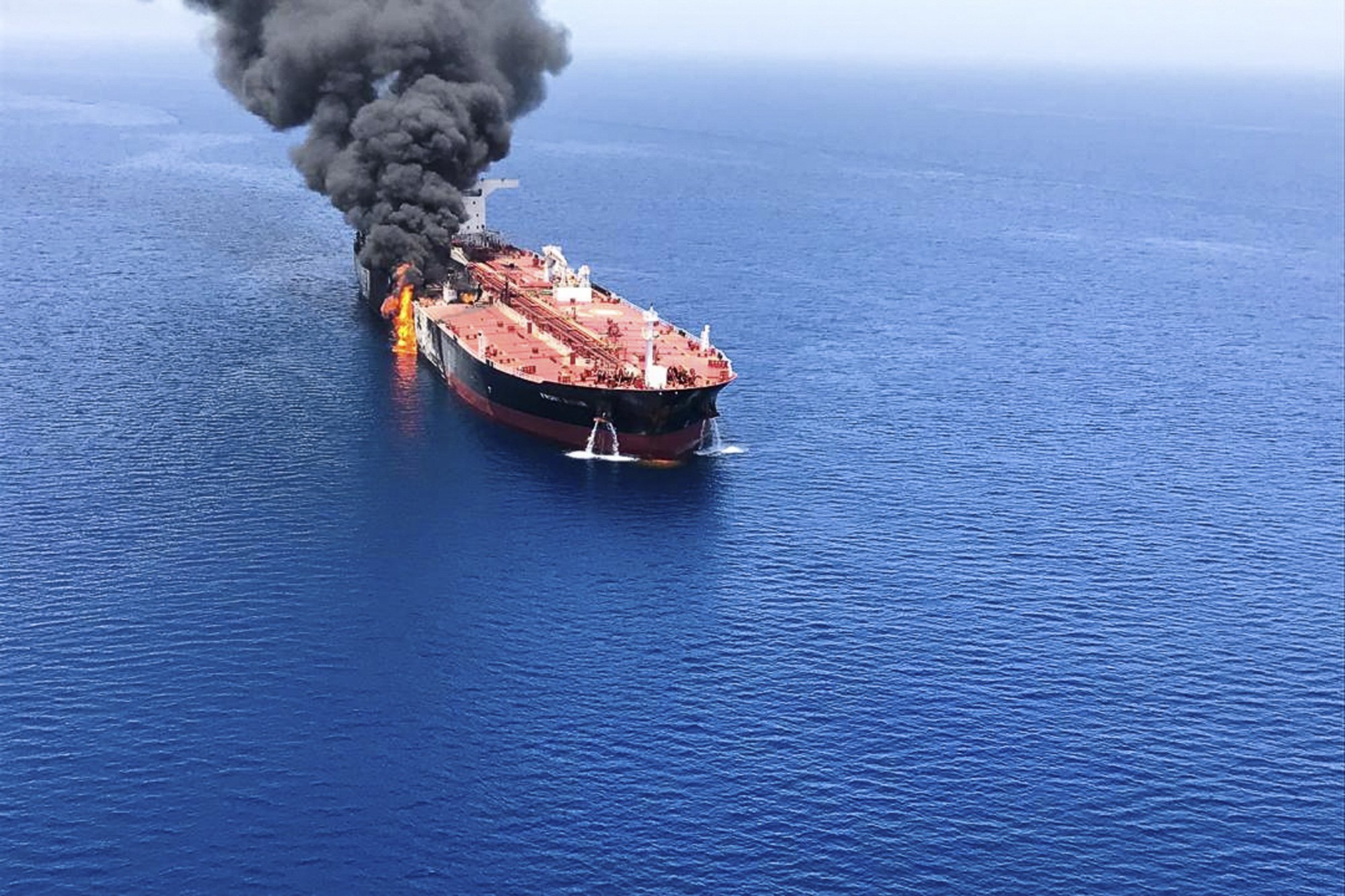 WASHINGTON, June 13 (Xinhua) -- US Secretary of State Mike Pompeo said on Thursday that Iran is responsible for the attacks on two oil tankers in the Sea of Oman without providing hard evidence, while Tehran called the incident "suspicious."

"It is the assessment of the United States government that the Islamic Republic of Iran is responsible for the attacks that occurred in the Gulf of Oman today," Pompeo told reporters during a brief press conference at the State Department.

The top US diplomat, without presenting solid evidence to support his claim, added that the assessment was "based on intelligence, the weapons used, the level of expertise needed to execute the operation" and other issues.

Two oil tankers were hit in the Sea of Oman on Thursday morning, with at least one of them operated by a Japanese company. The attacks came amid Abe's visit to Tehran, who is seeking to help ease tensions between Iran and the United States.

"While I very much appreciate P.M. Abe going to Iran to meet with Ayatollah Ali Khamenei, I personally feel that it is too soon to even think about making a deal. They are not ready, and neither are we!" Trump tweeted on Thursday afternoon.

Over the recent weeks, Washington has ratcheted up pressure on Tehran with a series of sanctions, designations and military threats, trying to press Iran back to negotiations after US exit from the landmark Iran Nuclear Deal over a year ago.

In May, four commercial vessels suffered similar sabotage off the coast of the United Arab Emirates.