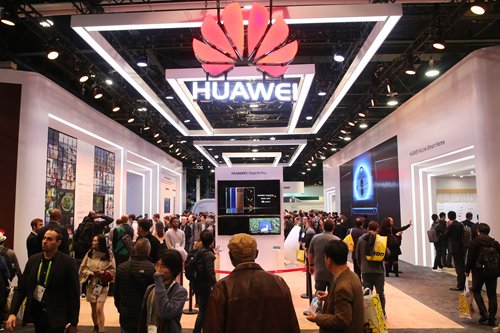 Chinese companies are facing increasingly skeptical attitudes from the US government and the only solution is to develop unique and irreplaceable products and technology, experts told the Global Times on Sunday. There has been growing resistance to Chinese investment in the US recently, particularly related to the telecom sector. On January 9, the US Congress proposed a bill in which it said that US government systems, particularly those in sensitive areas, should not include equipment made by Huawei or ZTE Corp, two leading Chinese telecom giants, according to the govtrack.us website.The bill would also ban US government contractors, especially those working on contracts for sensitive US programs, from including Huawei or ZTE equipment in their systems. According to the bill, Huawei is considered to be one of the Chinese companies that is "subject to (Chinese) State influence" despite its claim to be independent. Neither Huawei nor ZTE responded to requests for an interview by the Global Times on Sunday. Huawei's business expansion in the US has also met other obstacles recently. On January 9, US telecom firm American Telephone & Telegraph (AT&T) dropped a planned deal to sell Huawei's smartphones in the US. According to a Reuters report on January 9, the deal failed because of pressure from the US government. Huawei said that it had "proved its competitiveness" by launching high-end products in the US and other overseas markets, according to a statement it sent to the Global Times last Tuesday. Huawei also noted that it would continue to launch new products in the US market. Liu Xingliang, head of the Data Center of China Internet, told the Global Times that the US government isn't only taking precautions against Chinese telecom companies, but it does seem to have a particularly cautious attitude toward firms from China, possibly because the telecom industry is closely related to the safety of mass data. According to Liu, the US government's precautions against Chinese telecom firms have been in place for a long time. "The US government's cautious position on Huawei dates back to 2004 when it stood by the US-based Cisco in its patent infringement lawsuit against Huawei," he said. The Reuters report on January 9 also noted that Huawei and ZTE were the subjects of a US investigation in 2012 into whether their products provided an opportunity for foreign espionage.Firms need unique productsLiu Dingding, an independent tech analyst, said that the US government's hostility toward Chinese firms has intensified since US President Donald Trump took office, as Trump has been taking measures to exclude overseas investment in order to protect and prop up companies in the US."This [prejudice from the US government against Chinese companies] seems like a problem that can't be solved, at least not in the short term," Liu Xingliang said.Chinese companies, especially high-tech firms, have struggled to make headway in the US market so far, Liu Dingding said. According to the Reuters report, Huawei currently has a share of just 0.5 percent of the US smartphone market in terms of shipments, far below South Korean brand Samsung (18 percent) and US brand Apple (39 percent).But Liu Dingding said that the US government's attitude wouldn't deter Chinese companies from entering the US market. "Chinese firms can't give up the US market and just focus on smaller countries if they want to really achieve their global goals," he said. Huawei will soon launch its Mate 10 Pro smartphone in the US market, while ZTE also plans to launch new 5G smart phones in the US in 2018 or 2019, according to media reports. Liu Dingding said that in order for domestic companies to get a firm foothold in the US market, they need to grow stronger and develop unique products. "For instance, if they make a breakthrough in 5G technology, then even if the US government wants to block Chinese products, US buyers won't allow them to do so," he said.He also noted that the Chinese government should strengthen communication with the US government to make mutual investment between the two countries smoother.