WORLD US border wall falls in Mexico due to high winds

US border wall falls in Mexico due to high winds

A newly built section of the U.S. border wall fell into Mexico on Wednesday, after succumbing to high winds of 37 mph. 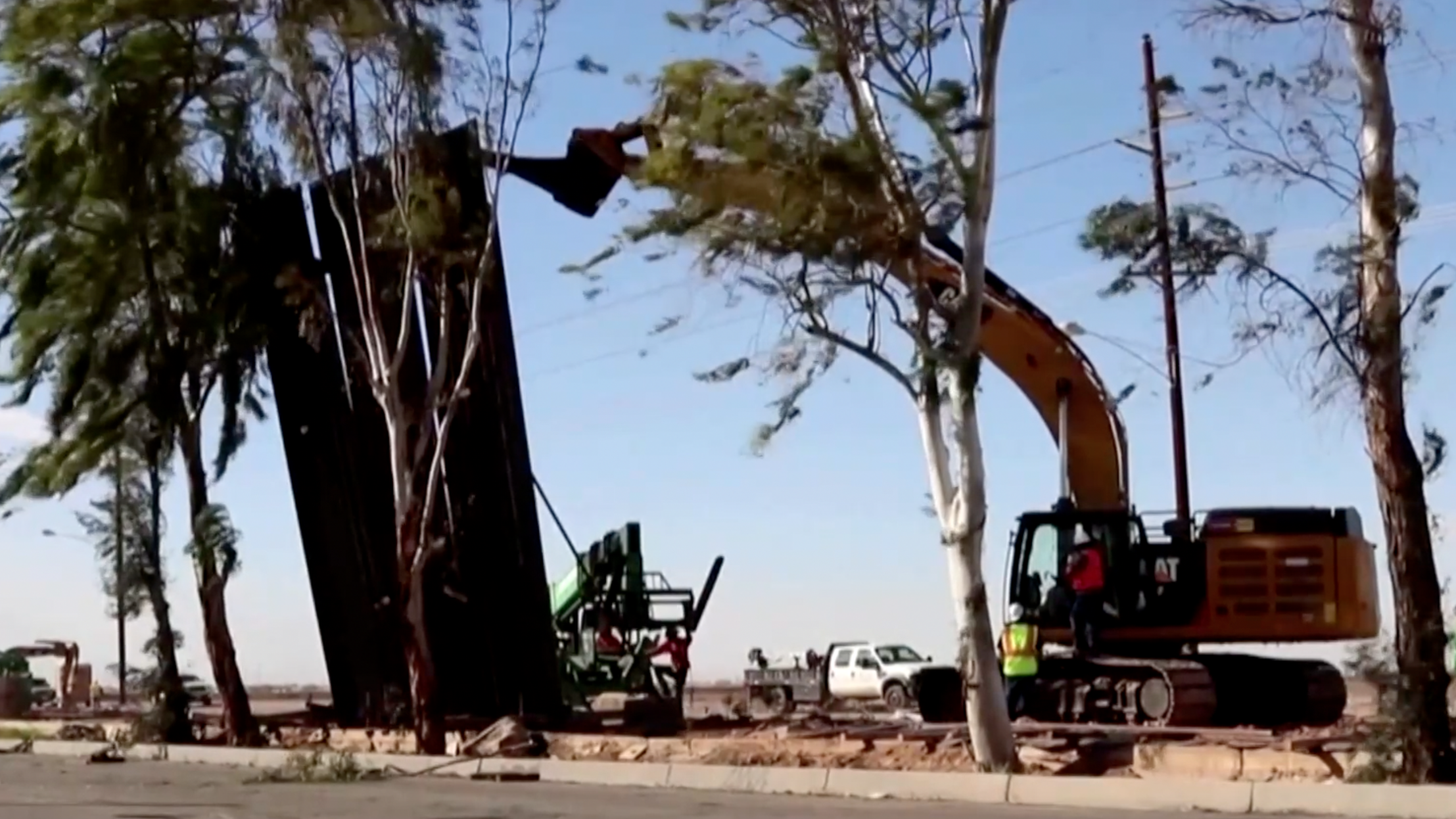 The 30-foot tall steel panels landed on trees of the Mexican side of the border, across the other side from the Californian town of Calexico.

According to U.S. Customs and Border Protection (CBP) agent Carlos Pitones, no one is believed to have been injured.

"Luckily, Mexican authorities responded quickly and were able to divert traffic from the nearby street," the agent of El Centro, California, told the LA Times.

The construction of the U.S.- Mexico border wall was one of President Donald Trump's key election campaign promises, yet as of the end of last year, only 93 miles of the total 450 mile-wall had been built.

Officials said it's hard to say that the goal of finishing the wall by November 2020 would be met. "But I'm confident that we're going to be close," said Mark Morgan, acting commission for the U.S. Customs and Border Protection, in December.