MEXICO CITY, Nov. 25 (Xinhua) -- A U.S.-bound migrant caravan that has been traveling on foot through Mexico for more than a month on Thursday continued its slow trek through the Gulf Coast state of Veracruz with far fewer people than it started out. 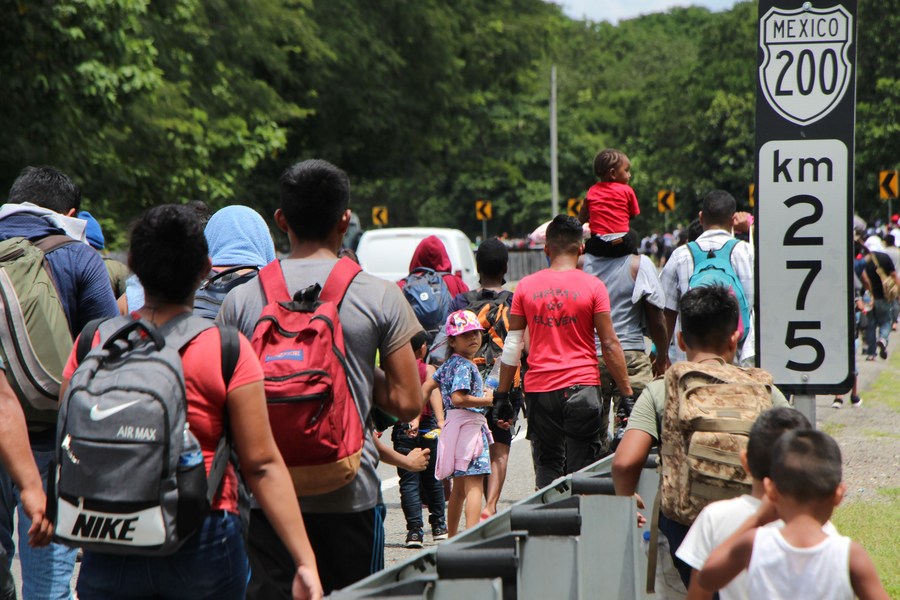 Migrants walk in a caravan bound for the United States, in Ejido Guadalupe, state of Chiapas, southern Mexico, on Sept. 4, 2021. (Photo by Arturo Mijangos/Xinhua)

Comprising about 4,000 to 5,000 mostly Central American and Haitian migrants at one point, the caravan currently numbers about 500 people, according to local media reports.

Most of the migrants have accepted offers from Mexico's National Institute of Migration (INM) to be taken to shelters set up in specific states to regularize their stay in Mexico for a fixed period of time on humanitarian grounds.

A second caravan of more than 2,500 migrants, which set out on Nov. 18 from the city of Tapachula, in Mexico's southeastern state of Chiapas and on the border with Guatemala, agreed to dissolve after reaching a similar agreement on Tuesday with INM officials.

Central America is seeing an unprecedented exodus of migrants this year, apparently driven out of their homes by poverty worsened by the COVID-19 pandemic.