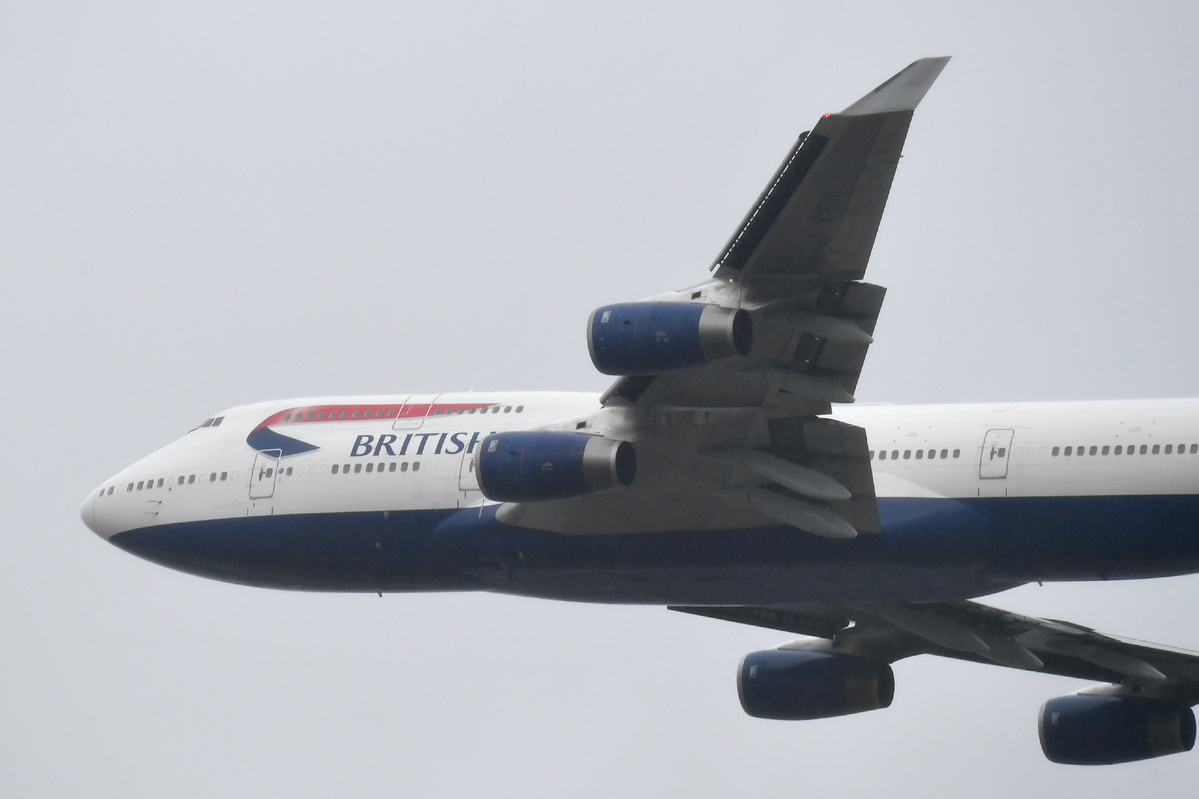 A British Airways Boeing 747 does a flypast over London Heathrow airport on it's final flight, the last of 31 jumbo jets to be retired early by the airline due to the coronavirus disease (COVID-19) pandemic, in London, Britain on Oct 8, 2020. (Photo: Agencies)

The United States and Britain are undertaking a four-month tariff suspension in an attempt to reach a negotiated solution to the longstanding trade conflict over aircraft subsidies.

The United States will suspend retaliatory tariffs against British goods beginning March 4, according to a joint statement released by the Office of the United States Trade Representative.

"This will benefit a wide range of industries on both sides of the Atlantic, and allow for focused settlement negotiations to ensure that our aerospace industries can finally see a resolution and focus on COVID recovery and other shared goals," the statement said.

The move follows Britain's unilateral decision to suspend retaliatory tariffs against US goods from Jan 1.

Washington started to impose additional tariffs on a wide range of European products worth $7.5 billion in October 2019, after the World Trade Organization (WTO) ruled that Europe provided illegal subsidies to Airbus.

Following a similar WTO decision on subsidies to Boeing, the European Union slapped additional tariffs on US products worth 4 billion dollars in November 2020.

While Britain ended its membership of the EU on Jan 31 last year, it had followed EU trade rules during a transition period that expired at the end of 2020. Starting from Jan 1, 2021, Britain officially left the EU Single Market and Customs Union, as well as all EU policies and international agreements.

Britain's departure from the EU has raised questions about how effective any US-Britain tariff suspension can be. Trade lawyers have said it is unclear whether Britain "still had a right to impose or suspend tariffs that were granted to the EU," according to the Financial Times.