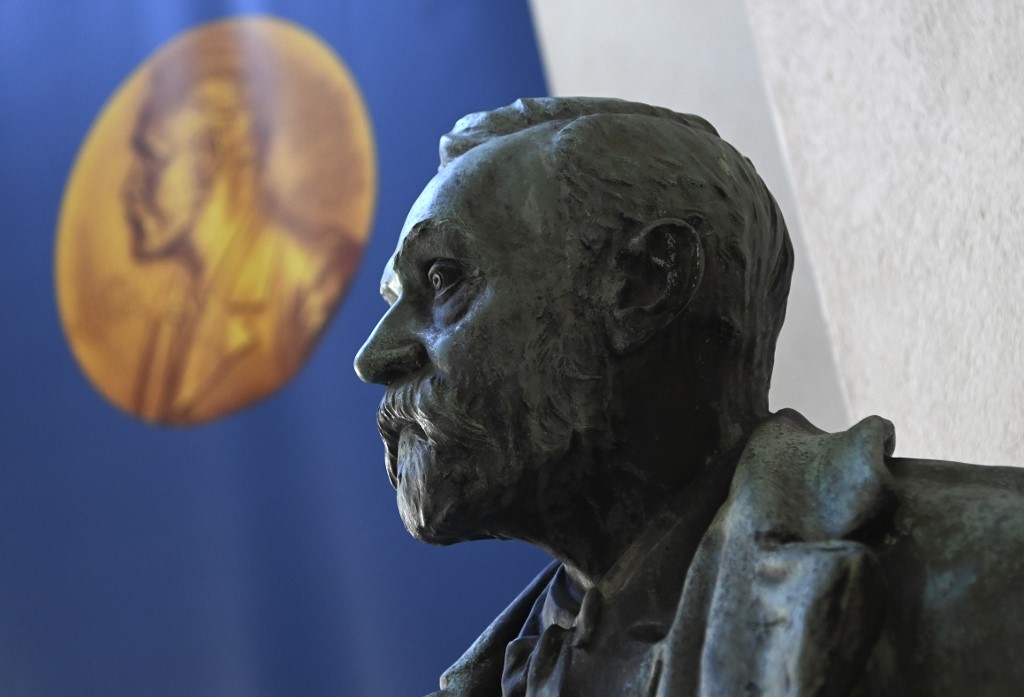 A bust of Alfred Nobel is pictured prior to the announcement of the winners of the 2020 Nobel Prize in Physiology or Medicine at the Karolinska Institute in Stockholm, Sweden, on October 5, 2020. (Photo: AFP)

Americans Harvey Alter and Charles Rice together with Briton Michael Houghton won the Nobel Medicine Prize on Monday for the discovery of the Hepatitis C virus, paving the way for a cure, the Nobel jury said.

The three were honoured for their "decisive contribution to the fight against blood-borne hepatitis, a major global health problem that causes cirrhosis and liver cancer in people around the world," the jury said. 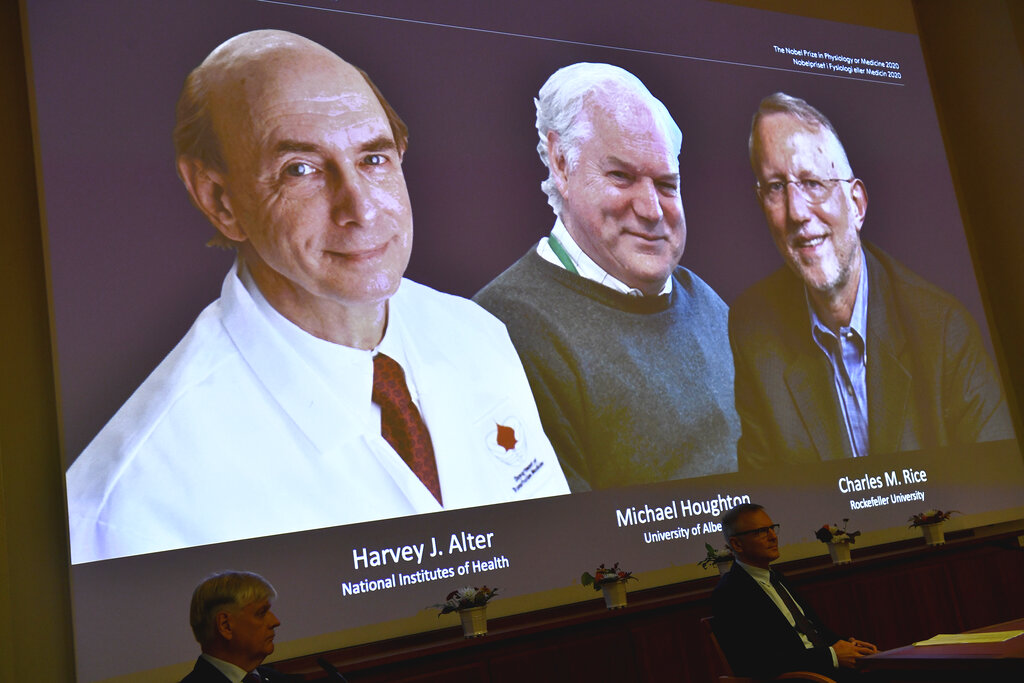 The 2020 Nobel laureates in Physiology or Medicine are announced during a news conference at the Karolinska Institute in Stockholm, Sweden, Monday Oct. 5, 2020. The prize has been awarded jointly to Harvey J. Alter, left on screen, Michael Houghton, center, and Charles M. Rice for the discovery of the Hepatitis C virus. (Photo: AP)

The World Health Organization estimates there are around 70 million Hepatitis C infections globally, causing around 400,000 deaths each year. It is characterized by poor appetite, vomiting, fatigue and jaundice.

Thanks to the trio's discoveries, highly sensitive blood tests for the virus are now available and these have "essentially eliminated post-transfusion hepatitis in many parts of the world, greatly improving global health", the Nobel committee said.

Their discoveries allowed the rapid development of antiviral drugs directed at Hepatitis C.

"For the first time in history, the disease can now be cured, raising hopes of eradicating Hepatitis C virus from the world population," the jury said.