WASHINGTON — The US federal budget deficit soared to a record 3.1 trillion dollars in the fiscal year 2020, as the COVID-19 pandemic has prompted massive fiscal stimulus and caused tax revenue to fall, official data showed Friday. 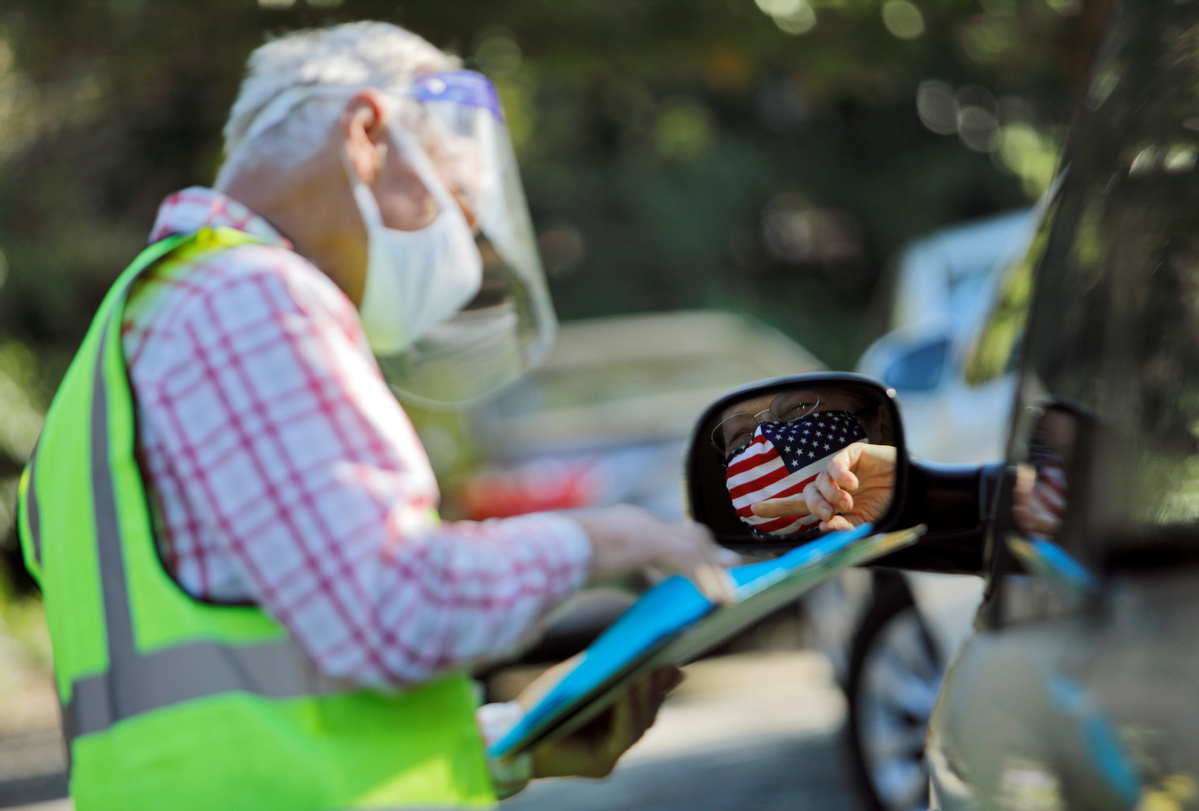 An election worker wearing a mask and face shield for protection from COVID-19 assists a voter casting her ballot from her car on the first day of the state's in-person early voting for the national elections in Durham, North Carolina, US, Oct 15, 2020. [Photo/Agencies]

Budget deficit for the fiscal year, which ended Sept 30, was 2.1 trillion dollars higher than that of the prior year, according to the final budget results for fiscal year 2020 jointly released by US Treasury Department and White House Office of Management and Budget.

The spike in the deficit reflects the effect of COVID-19 on the economy and legislation to protect public health and support hard-hit industries, businesses, and individuals, including the 2.2-trillion Coronavirus Aid, Relief, and Economic Security Act, or the CRES Act, approved by Congress in late March.

Maya MacGuineas, president of the Committee for a Responsible Federal Budget, a nonpartisan watchdog group, noted that the US federal government ended the fiscal year with 21 trillion dollars of debt, "which means debt is now larger than a year's worth of economic output."

"Borrowing to combat the pandemic and economic crisis makes sense. But that's no excuse for the massive tax cuts and spending increases enacted before the pandemic, nor the failure to control the rising costs of our health and retirement programs once normalcy returns," MacGuineas said in a statement.

Under the agendas of both presidential candidates, debt would reach at least 125 percent of gross domestic product by 2030, the committee noted.

"It's disappointing to see both candidates for president proposing trillions of dollars in additional debt instead of plans to save Social Security and Medicare," MacGuineas said. "The deeper we dig this hole, the harder it will be to claw our way out."