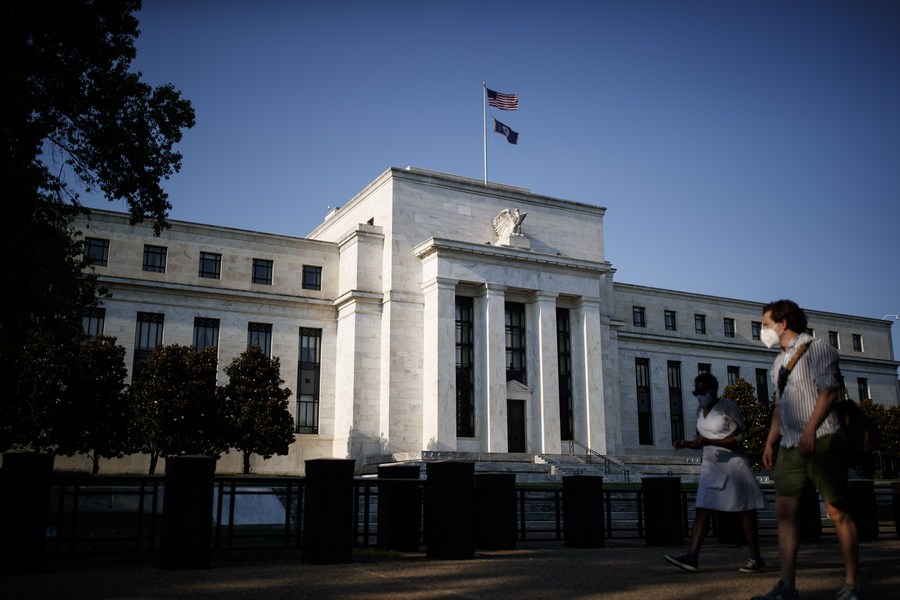 Federal revenue for the eight-month period ending in May rose to 2.6 trillion dollars, while total outlays rose to 4.7 trillion dollars, driven by payments for jobless benefits and COVID-19 relief programs, according to the department.

"While the final payment of individual taxes for calendar year 2020 were shifted into May 2021, greater outlays associated with the pandemic response still resulted in a deficit this year," the department said.

Maya MacGuineas, president of the Committee for a Responsible Federal Budget, has urged Washington to take stock of its unsustainable fiscal outlook and put an end to further government borrowing.

"We're borrowing even more this year than we did last year, and with nearly $2.1 trillion in deficits so far this year, our debt is rapidly approaching a new record. Once we are through the COVID-19 crisis, policymakers will need to work together to get our growing debt under control and secure our endangered trust funds," MacGuineas said in a statement.

"It's time to put an end to further government borrowing. Going forward, legislation should be fully paid for and reconciliation instructions should be budget neutral, if not deficit reducing," MacGuineas said.