Washington (People’s Daily) - US President Donald Trump has announced that the US will impose 10 percent tariffs on Chinese goods worth of $300 billion starting September 1. Trade talks between the two countries are set to continue with Trump's new tax measures provoking strong opposition in the US. 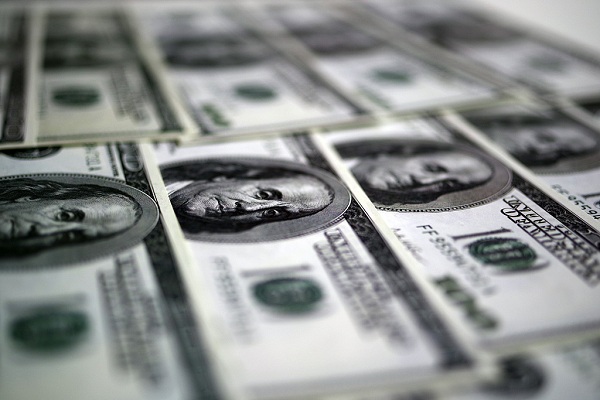 The new tariffs will hit markets hard, sending all three major US stock indexes down. A comment by the newspaper USA Today said it showed investors were worried about a possible slowdown in the US economy.

Craig Allen, chairman of the US-China business council, said it was disconcerting that the additional tariffs were announced after learning that the talks were considered constructive. “We’re concerned these additional tariffs will further erode our reputation as a reliable supplier, and our farmers, workers, and consumers will suffer more,” said Allen.

In a statement, Myron Brilliant, executive vice president and head of International Affairs of US Chamber of Commerce, said that “raising tariffs by 10 percent on an additional $300 billion worth of imports from China will only inflict greater pain on American businesses, farmers, workers and consumers, and undermine an otherwise strong US economy.”

“The tariffs already in force have cost American consumers, workers, and businesses of all sizes more than $30 billion,” said Jason Oxman, ITI president and CEO. “This unprecedented tariff hike would exacerbate that harm and serve to move the US and China further from a meaningful resolution. We urge the president and his team to direct their focus on striking a long-term deal without using Americans' wallets as leverage.”

The US Technology industry paid $1.3 billion in Section 301 tariffs on Chinese products in May, according to the latest available data, an amount which will likely rise in the coming months as a result of the last tariff hike to 25 percent on List 3 products.

“Retaliatory tariffs, whether 10 percent or 25 percent, are a bad policy. The Trump administration is again taxing the American people in the form of new tariffs on their favorite technology products. Tariffs are taxes paid for by US consumers, not China's government. These retaliatory tariffs are not an effective trade policy and may violate US law,” said Gary Shapiro, president and CEO of Consumer Technology Association (CTA). He hopes Trump should stop ignoring America’s job creators and workers and remove tariffs to prevent higher costs to American families and businesses.

For years, China has been one of Virginia’s top agricultural customers, but escalating the trade war will only continue to threaten a critical industry that’s borne the brunt of this incoherent strategy. According to the Virginia Department of Agriculture and Consumer Services (VDACS), China is Virginia’s biggest agricultural export market for soybeans. In 2018, Virginia exported soybean products worth more than $58 million to China – an 83 percent decrease from 2017.

US Senators Mark Warner and Tim Kaine (both D-VA) condemned the new tariffs decision, they said this will only raise prices for Virginians which would further hit Virginia's already-hurting agricultural producers even harder.

On the same day that Trump announced the new tariffs to China, four major US retail groups also issued statements criticizing trump's new tax measures. David French, the National Retail Federation Senior Vice President for Government Relations said “we are disappointed the administration is doubling-down on a flawed tariff strategy that is already slowing US economic growth, creating uncertainty and discouraging investment. These additional tariffs will only threaten US jobs and raise costs for American families on everyday goods.”

Hun Quach, the Retail Industry Leaders Association vice president of international trade said in a statement that the list of products these tariffs will hit are almost entirely consumer-oriented. This new 10 percent tariff on Chinese imports is a direct hit on consumer products and family budgets, plain and simple. “Tariffs are taxes on American consumers. And if these tariffs happen, American consumers will bear the brunt of these tactics via higher prices on everyday items like clothing, toys, home goods, and electronics”. she added.

The Footwear Industry Distributors and Retailers Association (FDRA) is the industry’s business and trade association, with 90 percent of all US footwear retailers and brands as members. FDRA President & CEO Matt Priest said President Trump’s new tariffs should concern every American. 70 percent of every pair of shoes sold in the US comes from China. Footwear from China is already hit with upwards of 67 percent duties. Trump is, in effect, using American families as a hostage in his trade war negotiations. Tariffs are taxes and this move will noticeably raise the cost of shoes at retail and will have a chilling effect on hiring in the footwear industry.

“Tariffs are taxes on American consumers. The President’s decision to proceed with adding these additional costs for hard-working American families is truly shocking,” said Rick Helfenbein, president and CEO of the American Apparel & Footwear Association. “This decision will increase the tariff bill on all clothes, shoes, and home textiles, like blankets and sheets – products that already account for the vast majority of the duties collected by the US government.

Jeffrey Fischer, principal of Planet Gold Clothing Company told the People’s Daily, “It is an absolute lie that the tariffs that have already been imposed are being paid by China. Tariffs are paid by the importer of record, to US Customs, at the time of import.” He said his company imports and sells popular priced clothing, and as such works on extremely small profits. “If our costs are increased, we will seek relief from the retailers that we sold the items to. If they refuse, in most cases we cannot afford to complete the transaction. If they will accept the increase, they most likely cannot afford to bear the hit to their profit structure and will be forced to pass along the increase to the ultimate consumer.” The tariffs will not only adversely affect consumers in the US with higher prices, but potentially could have a devastating effect on workers, he added.

“It has immediately impacted our business financially on receipt of the news container prices jumped and availability went down as everyone rushes to bring in goods ahead of the September 1st start date.,” Brad Mattarocci, Vice President of Baby Trend company told the People’s Daily that they will make significantly less profit over the next 90+ days as most of their customers' orders are placed as much as 90 days in advance. To respond to the cost increase, his company will bring in as many goods as possible ahead of September 1st and then they will have to work with their retail partners to minimize price increases as much as possible. “However, we will not be able to absorb the total amount of any tariff on our products. At this point, our types of juvenile products would see a retail price increase of between 4 to 8 percent,” he said.