US businesses struggle to fill jobs even as hiring picks up

Hiring in the United States picked up in May yet was slowed again by the struggles of many companies to find enough workers to keep up with the economy's swift recovery from the pandemic recession. 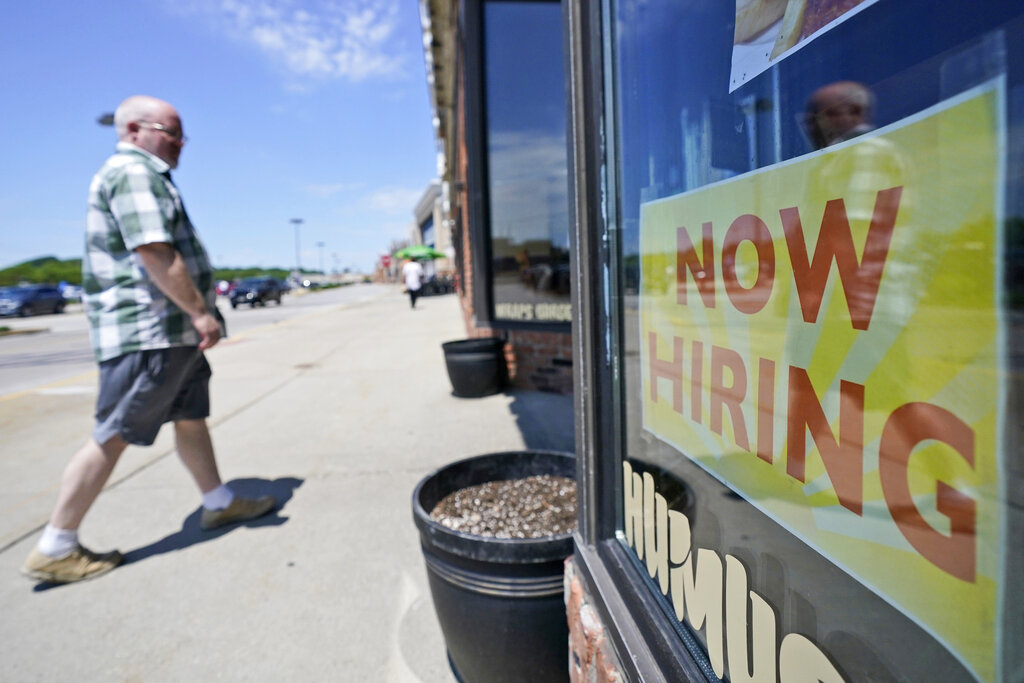 U.S. employers added 559,000 jobs last month, the Labor Department said Friday, an improvement from April’s sluggish increase of 278,000. Yet the gain fell well short of employers’ need for labor. The unemployment rate fell to 5.8% from 6.1%.

The speed of the rebound, fueled by substantial federal aid and rising vaccinations, has created a disconnect between businesses and the unemployed: While companies are rushing to add workers immediately, many of the unemployed are still holding back. Some of the jobless are likely seeking better positions than they had before the pandemic triggered widespread layoffs. Or they still lack affordable child care.

Others still worry about contracting COVID-19 or have decided to retire early. And a temporary $300-a-week federal unemployment benefit, on top of regular state jobless aid, has likely led many unemployed Americans to take time to consider their options.

That mismatch between employers and job seekers resulted in the sharp slowdown in hiring in April, when businesses added far fewer jobs than economists had forecast and many fewer than had been hired in March. The disconnect eased somewhat in May. But economists say it will likely persist until early fall, when schools reopen, COVID-19 fades further and federal unemployment benefits end.

“There is a gap between the economy and labor market,” said Nela Richardson, chief economist at the payroll processing firm ADP. May's job gains, she said, are "more lackluster than one would expect given the strong state of economic growth."

The May jobs report offered a number of signs that companies are trying harder to find workers. They're offering more money, for one thing. Average hourly pay jumped for a second straight month, especially in the leisure and hospitality industry, which includes restaurants, bars, hotels and amusement parks. Hourly wages for all workers in that industry, except managers, were 6.4% higher in May compared with pre-pandemic levels — a substantial gain.

And the number of unemployed who say their jobs are permanently lost declined in May by the most in five months. That's an encouraging sign that companies are going beyond just recalling workers they had laid off in the pandemic.

Yet many of those jobs are still low-paying and not appealing to many Americans — people like Marcellus Rowe, who has been unemployed since he lost his $16-an-hour job at the Metropolitan Atlanta Rapid Transit Agency in November 2019.

Rowe, 29, says the only jobs he sees being advertised for someone like him pay scarcely more than $9 or $10 for work in restaurants and small shops. That isn't enough to cover his $1,000 monthly rent.

“I’m going to continue to look for suitable work,’’ Rowe said. “I know it’s going to come eventually. What I cannot do is settle for an unsuitable job that pays low wages.’’

He’s been getting by on unemployment benefits, boosted by the $300-a-week federal supplement. But Georgia is eliminating the federal benefit on June 26. Nearly half the states — all led by Republican governors — will cut off the extra aid starting this month. Many businesses have blamed the federal benefit for discouraging some of the jobless from taking work.

“It’s really going to be a hardship,’’ Rowe said, noting that he’s already dropped cable television service to save money.

Labor Secretary Marty Walsh said Friday that the complaints from businesses about the federal jobless aid is “a distraction" and noted that the number of people applying for unemployment aid is falling steadily.

Eric Winograd, an economist at AllianceBernstein, an investment management firm, said there are still about 7 million people not searching for work — and so aren't counted as unemployed — but who say in government surveys that they want a job. That's about 50% higher than before the pandemic.

“That is compelling evidence that there is a large pool of workers who will return to work when they feel that it is safe or when they are able to sort out child care,” Winograd said.

For now, many large chains, including Amazon, Walmart, Costco, and Chipotle, have raised starting pay to try to attract more applicants. And the average work week remained elevated last week, which suggests that businesses, struggling to hire, are working their current staffs for longer hours.

Some smaller companies have also boosted pay and taken other steps to fill jobs, but are still looking for more workers. National Church Residences, a provider of senior living centers based in Columbus, Ohio, with 340 locations around the country, steadily raised its minimum wage to $14.50 an hour over several years before the pandemic.

Danielle Willis, senior vice president of human resources at the company, said those increases have helped attract staff. The company also provides health care and a 5% matching payment into a retirement plan for its full-time employees, including nurse aides, property managers and maintenance workers. Yet the 2,700-person company still has 300 positions open nationwide.

Nationally last month, the bulk of the job growth was at hotels, restaurant and bars, which gained 220,000 positions. Retailers lost jobs for a second straight month. And despite a hot housing market, the construction industry shed 20,000 jobs, its second straight month of cuts, likely reflecting supply shortages and soaring costs for building materials.

The economy expanded last quarter at a robust 6.4% annual rate, and economists envision growth in the current quarter reaching a sizzling pace of 9% or more. All that growth, driven by higher spending, has raised inflation fears. But for now, it has mainly propelled demand for labor.

Though the economy still has 7.6 million fewer jobs than it did before the pandemic struck, job postings in late May were nearly 26% above pre-pandemic levels, according to the employment website Indeed. Government data shows that posted jobs have reached their highest level on record dating back to 2000.

Consumers are opening their wallets. In April, they increased their spending after a huge gain in March that was fueled by the distribution of $1,400 stimulus checks. With more Americans feeling comfortable about staying in hotels and visiting entertainment venues, spending on services jumped.

Becky Frankiewicz, president of the temporary staffing firm Manpower Group’s North American division, said many of the firm’s clients are raising pay and benefits to try to attract more applicants. Some of these companies, particularly in manufacturing and warehousing, are also trying other tactics, like paying their workers weekly or even daily, rather than every two weeks. Manpower is also encouraging its clients to make job offers the same day as an interview rather than waiting.

About 60% of Manpower’s temporary placements are leaving their jobs before a temporary assignment ends, Frankiewicz said, mostly because they are receiving better offers.

“People have options,” she said. “Companies have to offer speed in cash, speed to hire and a lot of flexibility in how they work.”

For now, though, there are signs that many of the unemployed remain cautious about seeking jobs.

On Thursday, Tony Sarsam, CEO of SpartanNash, a grocery distributor and retailer, said on a conference call with investors that the company took part last month in a job fair with 60 companies that had 500 jobs to fill.