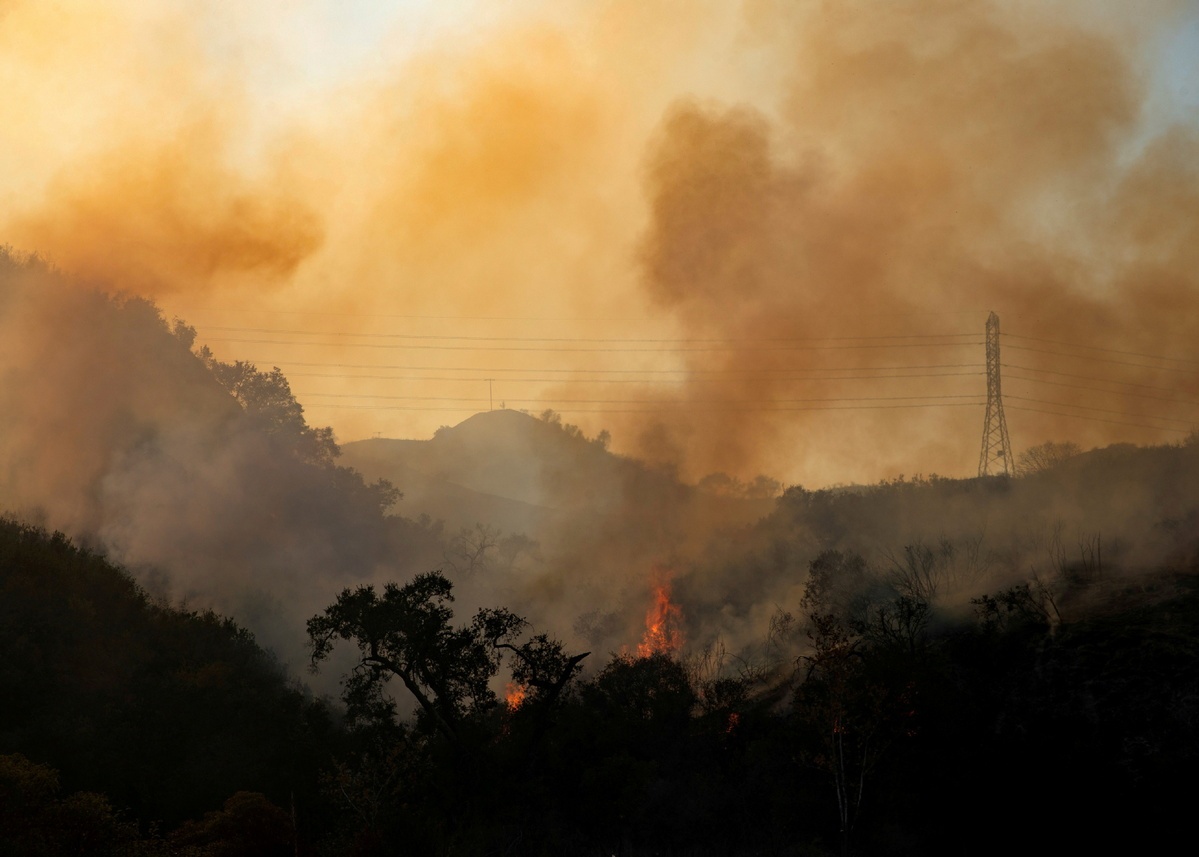 With drought expected to intensify over the summer, California appears to be heading into a potentially highly dangerous wildfire season, experts say.

"The coming fire season is likely to be very severe in California and across a broad portion of the American southwest," said Daniel Swain, a climate scientist at the University of California Los Angeles. "The main reason for this is the extreme severity and persistence of the ongoing drought in this region, which has been significantly worsened by warming temperatures due to climate change."

A lack of rain and unusually high temperatures over the past two years have led to extremely dry vegetation in many areas, especially in forested regions, which are at great risk this summer and autumn, Swain said.

Last year was the state's worst fire season ever. There were 9,917 fire incidents, and about 1,723,100 hectares, more than 4 percent of the state's land mass, burned.

The state is already experiencing a fivefold increase in the number of wildfires compared with the corresponding period last year, the firefighting authority Cal Fire said.

By May 18 there had already been 2,436 fires in California this year, scorching 5,956 hectares of land, compared with 1,554 fires that burned 1,059 hectares over the corresponding period last year, the agency said.

"Drought conditions across the state are drying out vegetation earlier than normal," said Henry McCann, a research associate in the Water Policy Center of the Public Policy Institute of California. "This sets the stage for another bad wildfire year. The risk will be further exacerbated by high summertime temperatures and the extension of drought conditions into early fall next year."

Rising temperatures from climate change exacerbate drought and increase the frequency of the prolonged period of dryness in western North America, experts said.

The extremely high temperatures have a number of rippling effects, including dry conditions, acute water shortages, low steam flow and the increased risk of wildfires.

More than 92 percent of the southwest, covering California, Nevada, Utah, Colorado, New Mexico and Arizona, is in drought, the agency US Drought Monitor said, with 38 percent in exceptional drought, a condition that usually occurs once or twice a century. A year ago only 48.8 percent of the same region was in drought, and no area was in exceptional drought.

"Drought has been reoccurring across the Southwest over the past 20 years, with breaks of less drought present," said the drought information center, which is a joint effort led by the National Oceanic and Atmospheric Administration. "Last year's record temperature contributed to last year's drought development."