WORLD US California's largest wildfire to be fully contained

US California's largest wildfire to be fully contained 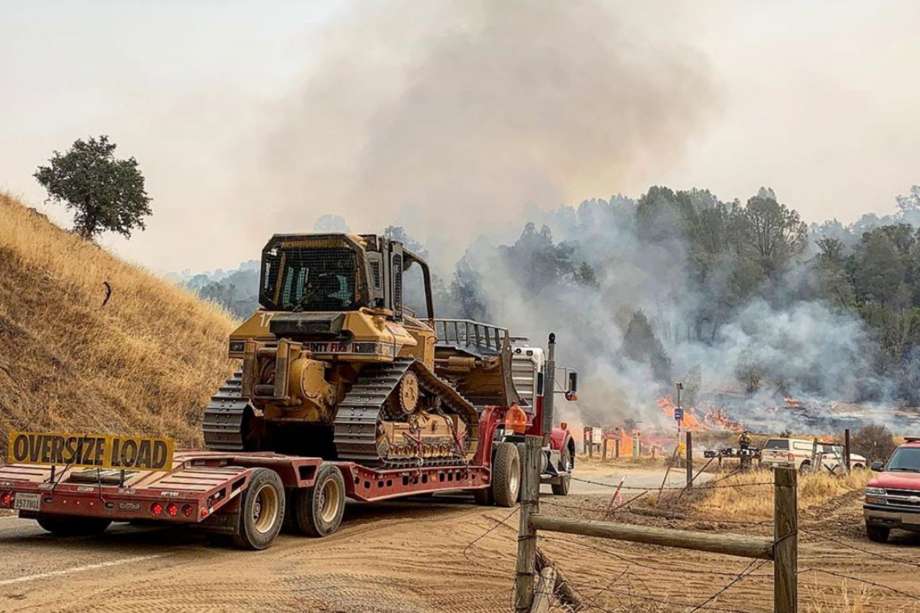 Cal Fire anticipated that the 383,157-acre (1,550 square kilometers) SCU Complex will be fully contained by Thursday. Officials on Monday morning reported its containment grew 10 points overnight to 60 percent. More than 20,000 buildings remained threatened by the fire.

The CZU fires grew 100 acres overnight to 84,860 acres, Cal Fire said Monday morning. Containment was at 39 percent. More than 860 homes have been destroyed by the fire, which has burned for more than two weeks in San Mateo and Santa Cruz counties.

The size of the LNU Complex was steady as containment grows. The massive LNU blaze remained at 375,209 acres Monday morning, but containment grew five points overnight to 63 percent, Cal Fire said in an update.

The blaze has destroyed over 1,200 buildings, while more than 5,000 structures remained threatened.

Another smoky week is expected in the San Francisco Bay Area, with unhealthy air quality in North Bay areas, according to a report by San Francisco Chronicle.