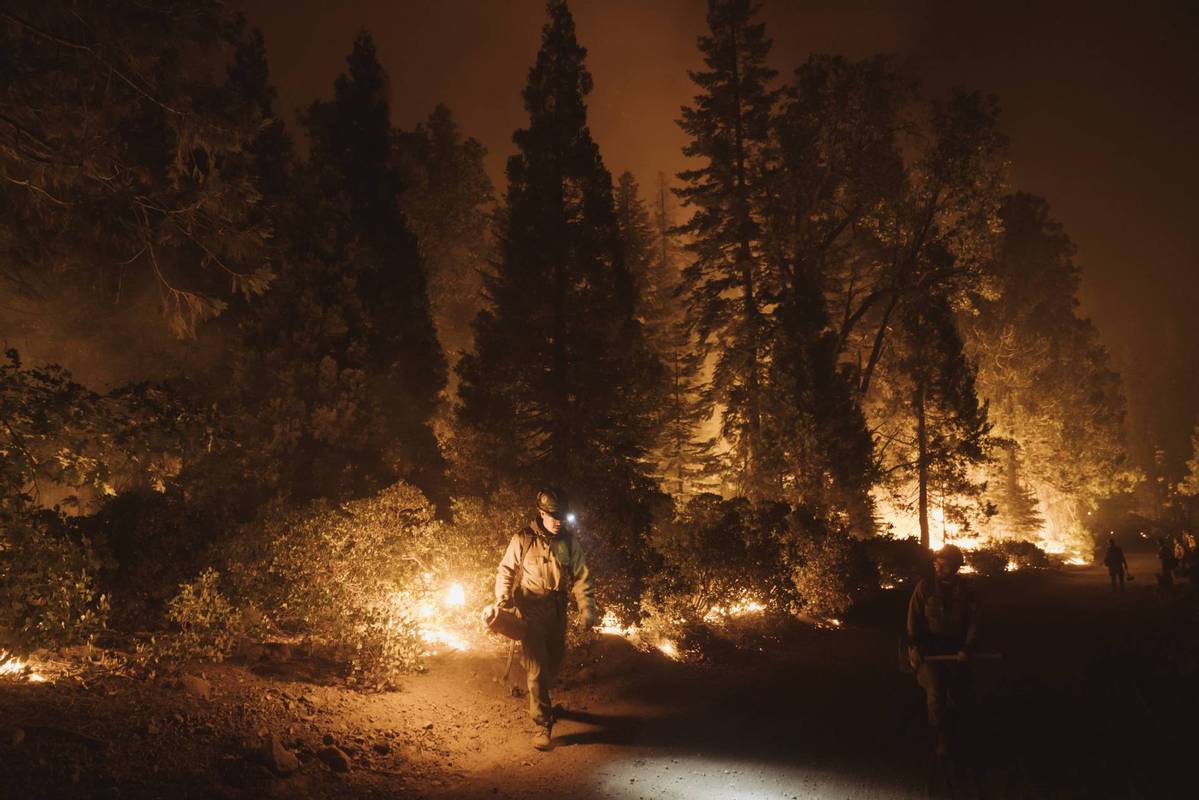 A firefighter lights a controlled burn during the Mosquito Fire on Sept 14, 2022 in Foresthill, California. The Mosquito fire has became California's largest wildfire of the year. [Photo：Agencies]

The study, titled "Up in smoke: California's greenhouse gas reductions could be wiped out by 2020 wildfires", was published in this month's edition of the journal Environmental Pollution.

California experienced its most disastrous wildfire year on record in 2020. CalFire, the state agency responsible for leading California's wildfire prevention and suppression, reported that over 17,000 square kilometers got burned in 2020.

The 2020 fires were followed by another extreme fire season with about 10,000 square kilometers burned in 2021.

The study noted that without considering future vegetation regrowth, CO2e emissions from the 2020 wildfires could be the second most important source in the Golden State above either industry or electrical power generation.

Michael Jerrett, lead author of the study and a professor in the Department of Environmental Health Sciences at the University of California, Los Angeles, was quoted by the USA Today on Tuesday as saying that climate change is creating conditions conducive to larger wildfires while the wildfires are adding to the greenhouse gases that cause climate change.

"Our analysis suggests that significant societal benefits could accrue from larger investments in improved forest management and stricter controls on new development in fire-prone areas at the wildland-urban interface," the study said.