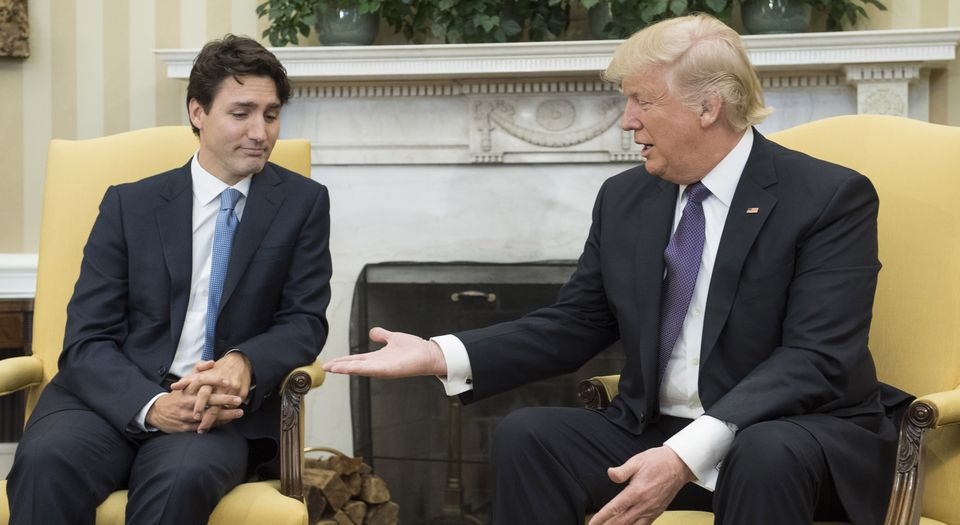 Contentious U.S.-Canada trade talks ended on Friday with no deal to revamp the North American Free Trade Agreement after the mood soured, and President Donald Trump notified Congress of his intent to sign a bilateral trade pact with Mexico.

U.S. and Canadian trade officials set plans to resume their talks on Wednesday with the aim of getting a deal all three nations could sign.

After four intensive days of talks in Washington between Canada and the United States, the biggest sticking points were familiar ones: U.S. demands for more access to Canada's closed dairy market and Canadian insistence that a trade dispute settlement system be maintained, not scrapped as Washington wants.

"For Canada, the focus is on getting a good deal, and once we have a good deal for Canada, we'll be done," the country's foreign minister, Chrystia Freeland, told a news conference.

All three countries have stressed the importance of NAFTA, which underpins $1.2 trillion in regional trade. A bilateral deal announced by the United States and Mexico on Monday had paved the way for Canada to rejoin the talks this week.

But by Friday the sentiment turned, partly on Trump's explosive off-the-record remarks made to Bloomberg News that any trade deal with Canada would be "totally on our terms." He later confirmed the comments, which the Toronto Star first reported.

"At least Canada knows where I stand," Trump later said on Twitter.

Trump notified Congress that he intends to sign the trade pact by the end of November. Text of the deal will be published by around Oct. 1.

Ottawa has stood firm against signing "just any deal."

Some U.S. lawmakers and business groups expressed concern about Canada's not yet being not yet part of the agreement.

“Anything other than a trilateral agreement won’t win Congressional approval and would lose business support,” the chief executive of the U.S. Chamber of Commerce, Thomas Donohue, said in a statement.

The Canadian dollar <CAD=> weakened to C$1.3081 to the U.S. dollar after news of the talks' lack of a result first broke. Canadian stocks <.GSPTSE> remained 0.5 percent lower. Global equities were also down following the hawkish turn in Trump's comments on trade.

Following a meeting with Freeland, Mexican Economy Minister Ildefonso Guajardo said he was confident the United States and Canada would reach an agreement.

U.S. Trade Representative Robert Lighthizer has refused to budge despite repeated efforts by Freeland to offer some concessions on dairy to maintain the independent trade dispute resolution mechanism under Chapter 19 of NAFTA, The Globe and Mail reported on Friday.

However, a USTR spokeswoman said Canada had made no concessions on agriculture, which includes dairy, but said that negotiations continued.

Trump argues that Canada's hefty dairy tariffs are hurting U.S. farmers, an important political base for his Republican party. But dairy farmers have great political clout in Canada, too, and concessions could hurt the ruling Liberals ahead of a 2019 federal election.

At a speech in North Carolina on Friday Trump took another swipe at Canada. "I love Canada, but they've taken advantage of our country for many years," he said.