The US Capitol Police said on Wednesday that it is aware of a possible plot by a militia group to breach the building on Thursday, March 4, an alleged plan with echoes of the Jan. 6 Capitol attack. 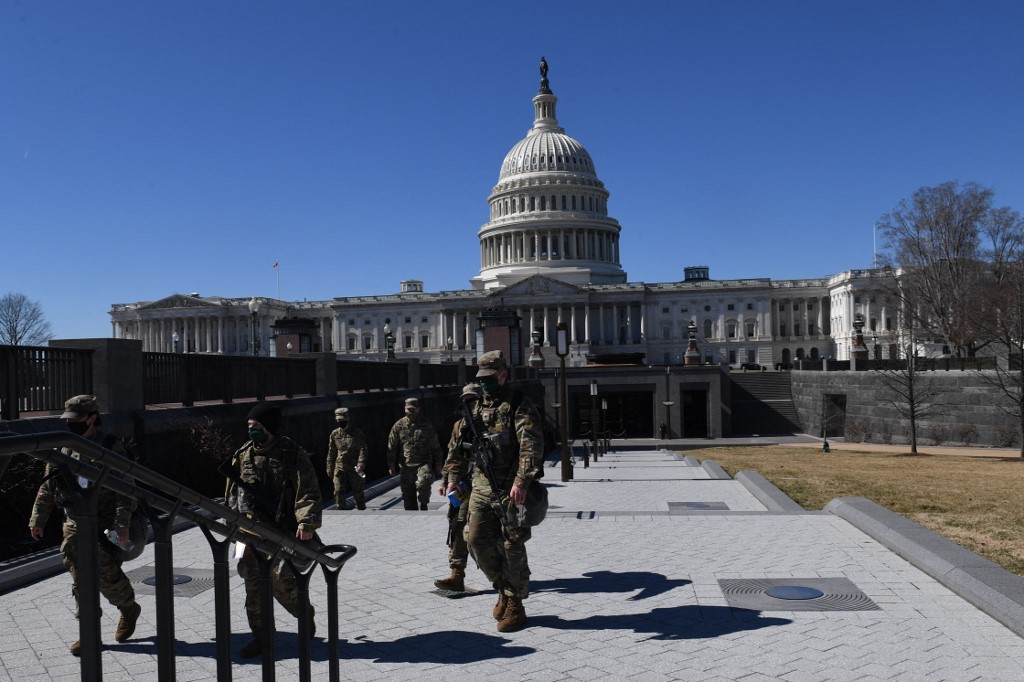 Members of the National Guard walk near the US Capitol Building on Capitol Hill March 3, 2021, in Washington, DC. (Photo: AFP)

“We have already made significant security upgrades to include establishing a physical structure and increasing manpower to ensure the protection of Congress, the public and our police officers,” The United States Capitol Police Department said in a statement.

Some right-wing conspiracy theorists think Thursday is the “true Inauguration Day.” They claimed former president Trump, defeated by Biden in the Nov. 3 election, will be sworn in for a second term in office.

The House of Representatives decided to hold its last votes of the week Wednesday evening to avoid being at the Capitol Thursday because of the threat.