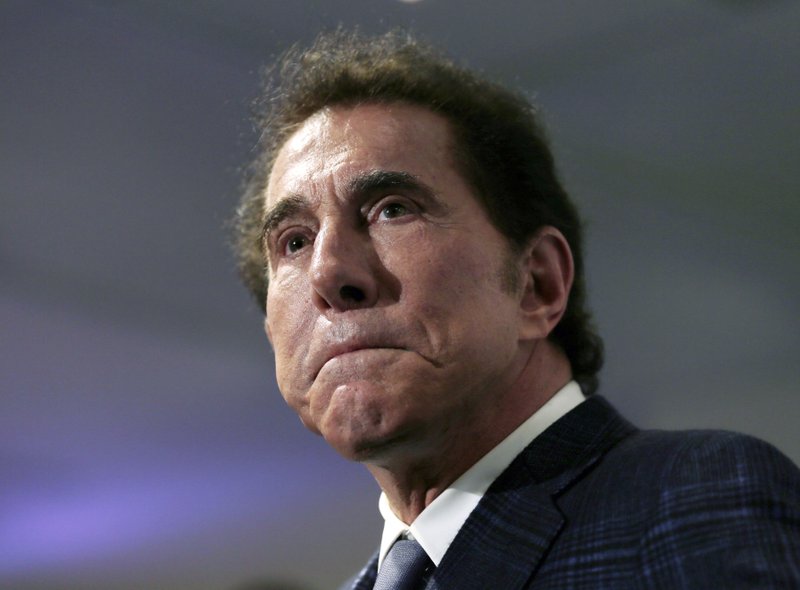 Wynn has been a prolific Republican donor and led the RNC’s fundraising efforts during President Donald Trump’s first year, helping the committee rake in more than $130 million.

The Wall Street Journal reported Friday that a number of women said they were harassed or assaulted by Wynn, the chairman and CEO of Wynn Resorts. Wynn has denied the allegations. One case led to a $7.5 million settlement with a manicurist, the newspaper reported.

Wynn confirmed his resignation in a statement released Saturday. “The unbelievable success we have achieved must continue. The work we are doing to make America a better place is too important to be impaired by this distraction,” Wynn said.

Wynn was chosen by Trump to lead the RNC’s fundraising effort, and he contributed more than $600,000 to GOP causes last year, according to the Federal Election Commission.

A person with direct knowledge of the situation said Trump had signed off on the decision for Wynn to resign. The person was not authorized to share private discussions and spoke to The Associated Press on condition of anonymity.

Since 2013, Wynn has contributed nearly $2.4 million to GOP candidates and party organizations around the country, including 2017 special election winners as well as dozens of state Republican Party committees.

The allegations against Wynn have come during a wave of sexual misconduct claims against prominent media, entertainment and political figures that gained momentum last fall after the emergence of detailed allegations of rape and harassment involving movie producer Harvey Weinstein.

During the fall, RNC officials, including McDaniel, noted that Weinstein had been a top donor for Democrats, including 2016 presidential nominee Hillary Clinton.

In early October, McDaniel tweeted that if the Democratic National Committee “truly stands up for women like they say they do, then returning Weinstein’s dirty money should be a no-brainer.”

The RNC has not yet said whether it will return any money donated by Wynn.

Wynn was among the organizers of Trump’s fundraiser last week at the president’s Mar-a-Lago resort in Florida to celebrate the anniversary of the inauguration. Trump was unable to attend because of the federal government shutdown. Wynn also helped put together high-dollar events in Dallas last October and New York City in December.

Trump, addressing Nevada supporters in February 2016, praised Wynn as a “great friend of mine.”

“Steve is always calling. He’s always got advice. Right, Steve? ’Donald, I think you ought to do this and that,’” Trump said at the time. “His advice, I like to listen to, I’ll be honest with you.”

Members of the Republican National Committee are gathering in Washington next week and are expected to approve a new finance chair. The next chair will be voted on after the recommendation of Trump and McDaniel.