WORLD US cautions against high expectations for nuclear talks in Vienna

US cautions against high expectations for nuclear talks in Vienna 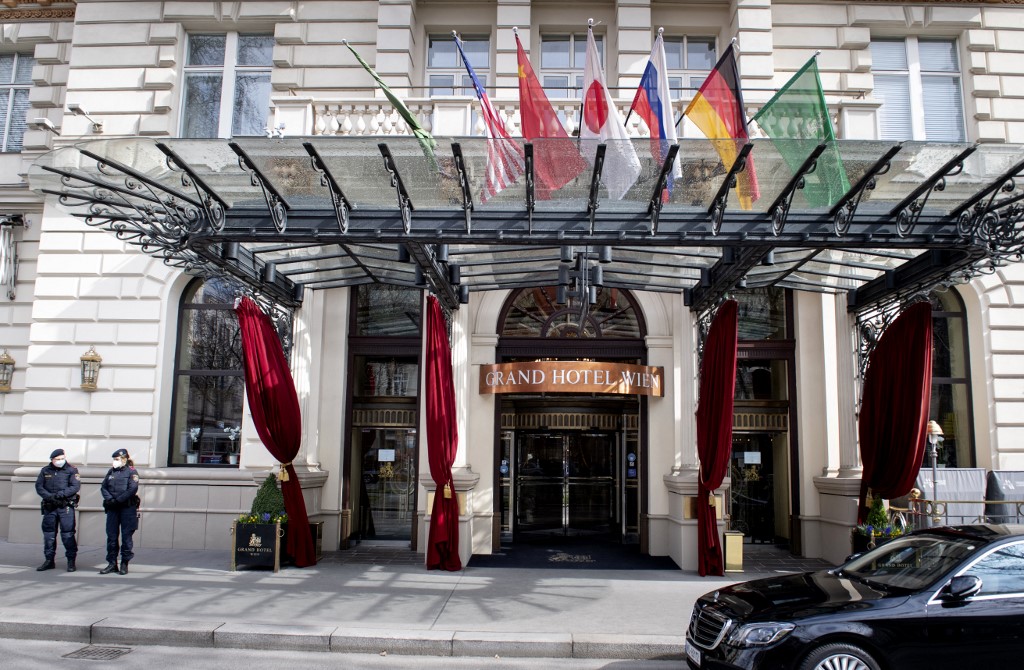 Austrian police officers stand guard near the entrance of the Grand Hotel in Vienna on April 6, 2021, where diplomats of the EU, China, Russia and Iran will hold talks. (Photo: AFP)

WASHINGTON, April 8 (Xinhua) -- The U.S. State Department on Thursday cautioned against high expectations for Vienna talks as parties of the Iran nuclear deal will reconvene on Friday.

"These talks have been described as constructive, as businesslike, as accomplishing what they set out to do and that is true," State Department spokesman Ned Price told reporters at a daily briefing. "We would also, however, hasten to not allow expectations to outpace where we are. After all, we have said this will be hard."

The European Union (EU) said on Thursday that the Joint Commission of the Joint Comprehensive Plan of Action (JCPOA), known as the Iran nuclear deal, will reconvene in Vienna on Friday. Price expected the talks to resume "in coming days potentially next week."

The State Department noted recently that the United States is prepared to lift those sanctions that are inconsistent with the nuclear deal.

"We are prepared to take the steps necessary to return to compliance with the JCPOA, including by lifting sanctions that are inconsistent with the JCPOA," Price said on Wednesday. "I am not in a position here to give you chapter and verse on what those might be."

The JCPOA was reached in 2015 between Iran and the P5+1 (the five permanent members of the United Nations Security Council -- the United States, Britain, Russia, France, China, plus Germany) together with the EU. Tehran agreed to roll back parts of its nuclear weapons program in exchange for decreased economic sanctions.

Washington withdrew from the deal in 2018 and tightened sanctions on Iran under the Trump administration. In response, Iran suspended the implementation of parts of its obligations under the deal.