WORLD US CDC eases travel recommendations on some 110 countries, territories including Japan

US CDC eases travel recommendations on some 110 countries, territories including Japan 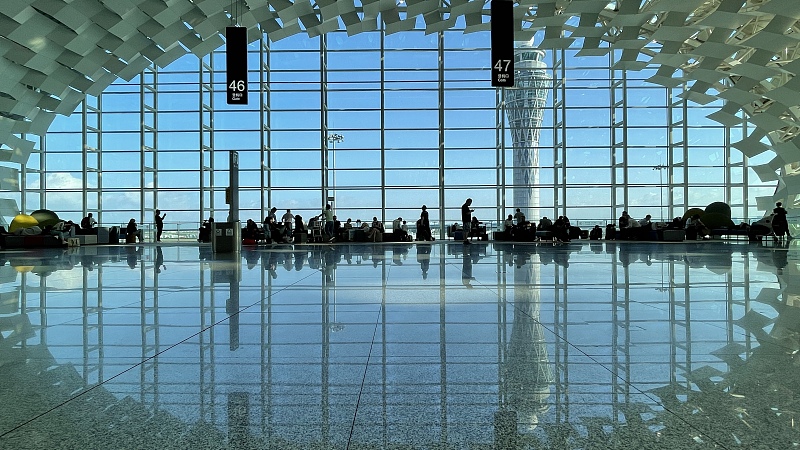 The U.S. Centers for Disease Control and Prevention (CDC) has eased travel recommendations for more than 110 countries and territories, including Olympics host Japan, from its highest "Level 4" rating that had discouraged all travel to recommending travel for fully vaccinated individuals.

The move has raised hopes that widespread vaccinations will bring a return to normal travel.

Close U.S. allies and neighbors including Canada, Mexico, France and Germany received upgrades, with the State Department asking Americans to reconsider travel but ending its blanket advice not to go at all.

The State Department also elevated 11 nations to say that Americans can exercise normal precautions when traveling there – the standard U.S. travel advice for developed nations before the pandemic.

A State Department official said the changes reflect new recommendations a day earlier by the Centers for Disease Control, which called on Americans to be fully vaccinated before traveling but for non-vaccinated people to avoid trips.

"As conditions evolve, we regularly update our advice to U.S. travelers," the official said.

Such travel advice has been closely watched for clues on when the U.S. will end a ban imposed more than a year ago by former president Donald Trump on most visitors from the European Union and Britain.

Ahead of Joe Biden's first trip to Europe as president, Jake Sullivan, his national security adviser, said that any easing of travel restrictions would be transparent and "guided by science and evidence."

"We have heard very clearly the desire of our friends in Europe and in the UK to be able to reopen travel across the Atlantic Ocean, and we want to see that happen," Sullivan told reporters Monday.

The State Department made headlines last month by warning against all travel to Japan, which in July will hold the Olympics that were already put off by a year due to COVID-19.

The Summer Games have stirred public opposition within Japan, which is barring foreign fans from coming.

Other countries for which U.S. travel advice was eased include South Africa, which has battled a COVID-19 variant, as well as Greece and Spain, which have been at the forefront of reopening to tourists.

Spain on Monday opened up to tourists from around the world if they are vaccinated, while Greece also permits the entry of unvaccinated visitors if they prove they are COVID-19 negative.

Biden has set a goal of administering at least one shot of COVID-19 vaccine by July 4 to 70 percent of U.S. adults – a goal still within reach but imperiled by a slowdown following initial enthusiasm.

Complicating any efforts to ease international travel, the U.S. does not centralize its vaccination records and has significant segments of the population deeply suspicious of "vaccine passports."

Thierry Breton, the European commissioner for the internal market, said Monday that the bloc as a whole wanted to open up to vaccinated Americans but insisted on "reciprocity."

European nations in the meantime have put forward a hodgepodge of rules as they strike a balance between public health and reviving tourism economies that were devastated last year.

France, the world's top tourist destination, has removed restrictions on EU residents as well as travelers from a number of other nations including Australia, Israel, Japan, Singapore and South Korea, while requiring negative COVID-19 tests by visitors from North America, Britain and most of Asia and Africa.

The U.S. in May already eased its warning on travel to Britain, which was early and aggressive in vaccinating its population.