WASHINGTON, Dec. 25 (Xinhua) -- A new order is expected to be signed on Friday to require air passengers arriving in the United States from the United Kingdom to test negative, no more than 72 hours before departure, according to the U.S. Centers for Disease Control and Prevention (CDC). 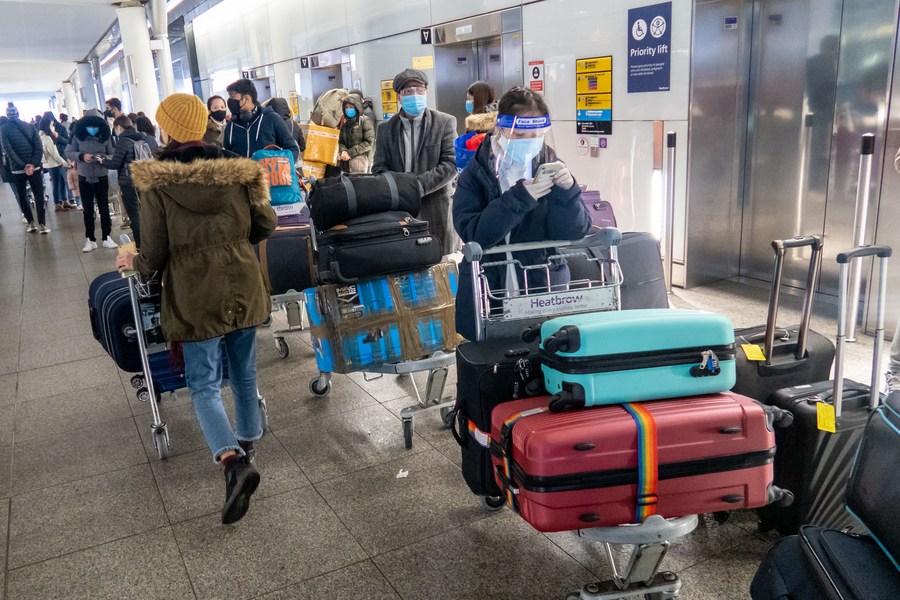 Passengers are required to get a viral test within three days before their flight from the United Kingdom to the United States departs, and provide written documentation of their laboratory test result to the airline, said the CDC in a statement late Thursday night.

Airlines must confirm the negative test result for all passengers before they board. If a passenger chooses not to take a test, the airline must deny boarding to the passenger, said the CDC.

The new order will become effective on Dec. 28.

The initiative came as the public health authorities in the United Kingdom recently announced the discovery of a new variant of SARS-CoV-2.

Viruses constantly change through mutation, and preliminary analysis in the country suggests that this new variant may be up to 70 percent more transmissible than previously circulating variants, said the CDC.

"The new order is consistent with the measures that have been taken so far to increase our ability to detect and contain COVID-19 proactively and aggressively," said the CDC.