It will be the first time that the year-end target date has been missed since the deadline was implemented in 1976 by Congress. There are no penalties associated with missing the deadline.

The US Commerce Department oversees the Census Bureau, which conducts the head count of every US resident once a decade.

By law, the department must present the president by year's end with population figures from the 2020 census. The data is then used to determine how many seats in the House each state gets. The president then is required to submit the numbers to Congress in early January.

Besides deciding how many House seats each state gets, the census is used for determining how $1.5 trillion in federal funding is distributed each year.

The Commerce Department's inspector general said on Wednesday that the Census Bureau cut corners with a quality-control process and determined the issues call into question the results for "more than 500,000" households.

It said one reason the Census Bureau did not complete the quality checks was because of a compressed time schedule. The coronavirus pandemic in the US also complicated the counting process.

The Census Bureau has not publicly revealed how it plans to determine who is in the country illegally since the Supreme Court last year prohibited a citizenship question from being added to the census questionnaire.

Agencies via Xinhua contributed to this story. 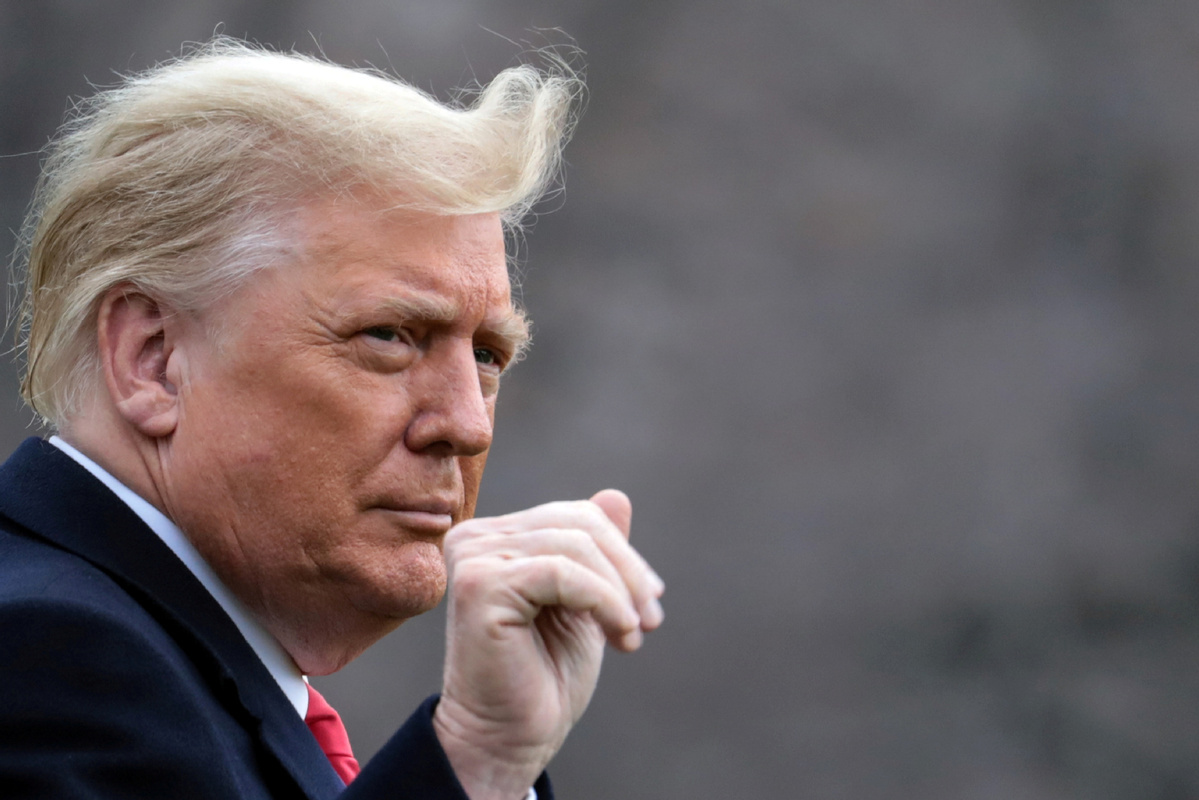 US President Donald Trump departs on travel to West Point, New York from the South Lawn at the White House in Washington, Dec 12, 2020. [Photo/Agencies]

For the first time in more than four decades, the US Census Bureau missed a Thursday deadline to deliver a population count of each state that is used to decide representation in the House of Representatives.

The delay could undermine US President Donald Trump's efforts to exclude people in the country illegally from the count if the figures are not submitted before President-elect Joe Biden takes office on Jan 20.

The agency plans to deliver the population count of each state in early 2021, as close to the missed deadline as possible, it said in a statement late on Wednesday.

The Associated Press reported that Census Bureau officials do not expect the apportionment numbers to be ready until days after Biden is inaugurated on Jan 20.

If the count is completed during Trump's presidency, he may attempt to exclude some undocumented immigrants for the division of House seats. The Supreme Court recently overturned rulings that would have blocked that policy.

But if the count is completed after Biden takes office, he is expected to rescind Trump's presidential memorandum directing the bureau to exclude counting those in the country illegally.

The AP said "an influential GOP adviser had advocated excluding them from the Census Bureau's count in order to favor Republicans and non-Hispanic whites". AP didn't name that adviser.