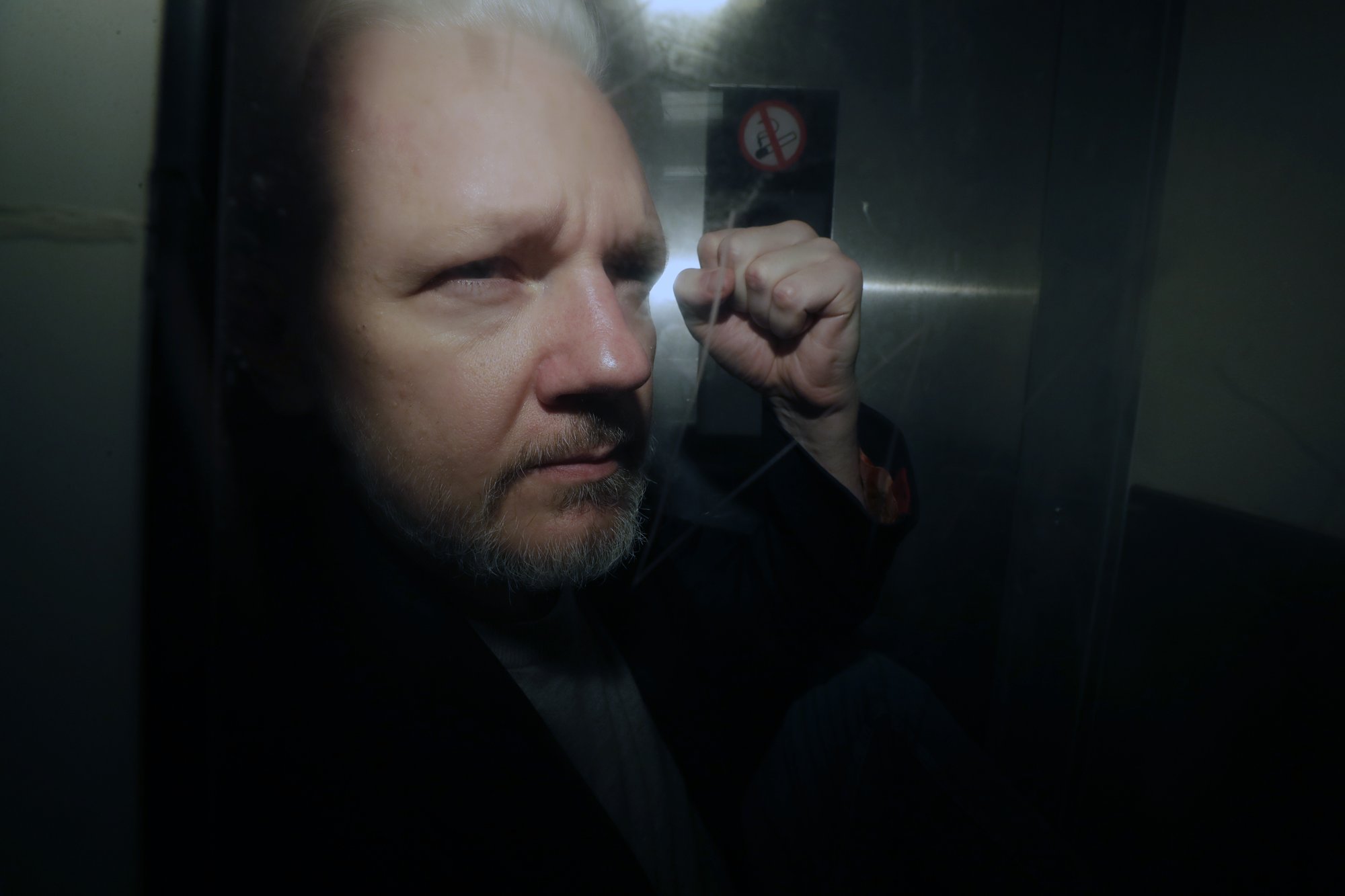 WikiLeaks founder Julian Assange puts his fist up as he is taken from court in London May 1, 2019. (Photo: AP)

The US filed new charges Thursday against Wikileaks founder Julian Assange, accusing him of placing the United States at risk of “serious harm” by publishing thousands of secret and classified documents, including the names of confidential sources for American armed forces.

In an 18-count, superseding indictment, Justice Department prosecutors allege that Assange directed former Army intelligence analyst Chelsea Manning in one of the largest compromises of classified information in US history.

The case presents immediate questions about media freedom, including whether the Justice Department is charging Assange for actions — such as soliciting and publishing classified information — that ordinarily journalists do as a matter of course. Department officials said Thursday they believe Assange strayed far outside First Amendment protections.

The new Espionage Act charges go far beyond an initial indictment against Assange made public last month that accused him of conspiring with Manning to crack a defense computer password.

Wikileaks caused particular harm by publishing the names of people who helped American forces in Iraq and Afghanistan and US diplomats around the world.

The new indictment says Assange conspired with Manning to obtain and disclose classified national defense documents, including State Department cables and reports on the wars in Iraq and Afghanistan. Prosecutors say his actions “risked serious harm” to the United States.

Assange, 47, is in custody in London after being evicted from the Ecuadorian Embassy in April. The US is seeking his extradition.