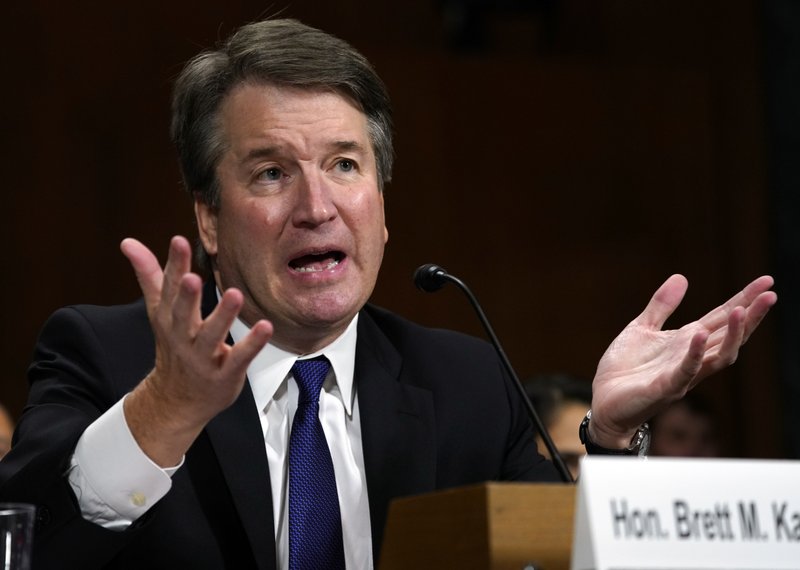 The complaints deal with statements Kavanaugh made during his confirmation hearings. They were filed originally with Kavanaugh’s old court, the US Court of Appeals for the District of Columbia Circuit.

Roberts took no action on them while Kavanaugh's nomination was pending. He received the first three of 15 eventual complaints on Sept. 20, a week before Kavanaugh’s angry denial of a sexual assault allegation by Christine Blasey Ford.

It’s possible the complaints will never be investigated if the lower-court judges determine they have no jurisdiction over a Supreme Court justice under the judiciary’s ethics rules. The judges may be forced to conclude “that intervening events have rendered the allegations moot or make remedial action impossible,” said Arthur Hellman, an ethics professor at the University of Pittsburgh.

Another ethicist, Stephen Gillers of New York University, disagreed that the complaints are moot. Kavanaugh remains a federal judge and the complaints “allege misconduct that occurred while Kavanaugh was on the DC Circuit and subject to the Code of Conduct for US Judges. Any violation of the Code does not disappear because he is now on another federal court,” Gillers said in an email.

But Gillers said the complaints “may be found not to be meritorious in the end.”

The judiciary’s rules allow members of the public to lodge complaints about federal judges. They typically are dealt with by experienced judges in the courthouse or region where a judge serves. Judges who receive complaints have a range of options that include dismissing them out of hand, having local judges investigate them or asking Roberts, in his capacity as head of the federal judiciary, to assign the complaints to judges in a different part of the country.

Roberts assigned the complaints to the ethics council of the Denver-based 10th US Circuit Court of Appeals to deal with the complaints, according to a letter posted Wednesday on the DC Circuit’s website.

The first public word of the complaints came Saturday when DC Circuit Judge Karen Henderson acknowledged that complaints about Kavanaugh had been filed. They only “seek investigations ... of the public statements he has made as a nominee to the Supreme Court,” Henderson said in a statement. Details of the complaints have not been made public.

Merrick Garland, the chief judge of the DC Circuit, typically deals with ethics complaints, but he apparently stepped aside from complaints against Kavanaugh. Garland had been nominated to the Supreme Court by President Barack Obama, but Senate Republicans never acted on the nomination.