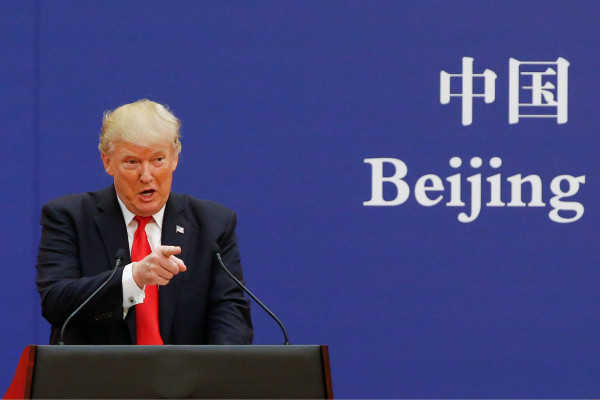 US President Donald Trump and China's President Xi Jinping meet business leaders at the Great Hall of the People in Beijing, China on November 9. (Photo: VCG)

US and China enjoy a strong and constructive bilateral relationship, according to the US State Department Wednesday.

“It’s constructive bilateral relationship…we will continue to work with the government of China to address trade imbalances, threats to the United States and regional security…” State department spokesperson Heather Nauert said at a press conference.

Though disagreements remain between the two countries, the US and China maintain a strong relationship, Nauert stressed.

US President Donald Trump visited China on November 8. During his three-day visit, Chinese President Xi Jinping held talks with him and they reached an extensive and important consensus on the development of Sino-US relations.

A Fuji TV correspondent implied that the US is to blame China for the North Korea nuclear issue at the conference, but Nauert denied this, noting that China was among those which strong backed UN Security Council resolutions.