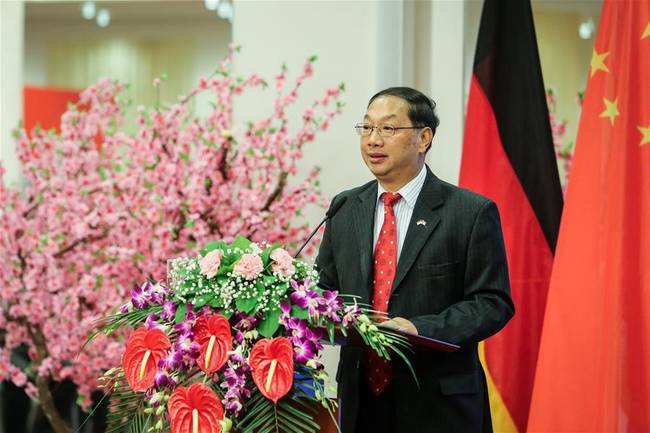 All the main claims of U.S. government in starting the so-called Section 301 investigation against China are "untenable," said Chinese Ambassador to Germany Shi Mingde.

Trade balance is driven by the markets, not by governments, Shi said in a signed commentary published in the German newspaper Die Welt recently.

On the so-called "forced tech transfer," Shi said there was absolutely no laws or regulations in China that "forced" foreign companies to transfer technology to their Chinese partners.

Concerning the allegations on "Made in China 2025," Shi said that it was designed on base of openness, development and win-win cooperation. The strategy is not a closed process, but an open system that welcomes all kinds of international cooperation.

China will fight to the end if the U.S. government didn't avert from the trade war it initiated, he said.

Shi said all differences between China and the United States could only be settled through dialogues and pragmatic negotiations.

Nevertheless, "if the U.S. government insisted on starting a trade war, China will not fear or hide away, but fight to the end," he said.

Protectionism will not only hinder the world free trade as well as the reform and progress in world trade governing system, but also shake the confidence in global economic growth.

"Trade war is the Pandoras Box, which could only lead to losses for the U.S., China, Europe and the whole world," said Shi.

China will further open up in the future. During the Boao Forum for Asia earlier this month, Chinese President Xi Jinping said China will continue to staunchly stay on the path of peaceful development, pursue a mutually beneficial strategy of opening-up, and forge a new type of international relations featuring mutual respect, fairness, justice and win-win cooperation.

Shi called for more cooperation between China and Europe in promoting multilateralism and a free trade system.

As the trade conflicts between China and the United States evolved, the problem confronting Europe is not to choose sides between the two countries, but to safeguard multilateralism, fight against unilateralism as well as to protect open world economy and free trade, he said.

"It's the shared position and common interest of Europe and China," stressed the ambassador.