WORLD US companies choose to stay and thrive in China market

US companies choose to stay and thrive in China market

By ZHAO HUANXIN in Washington | chinadaily.com.cn 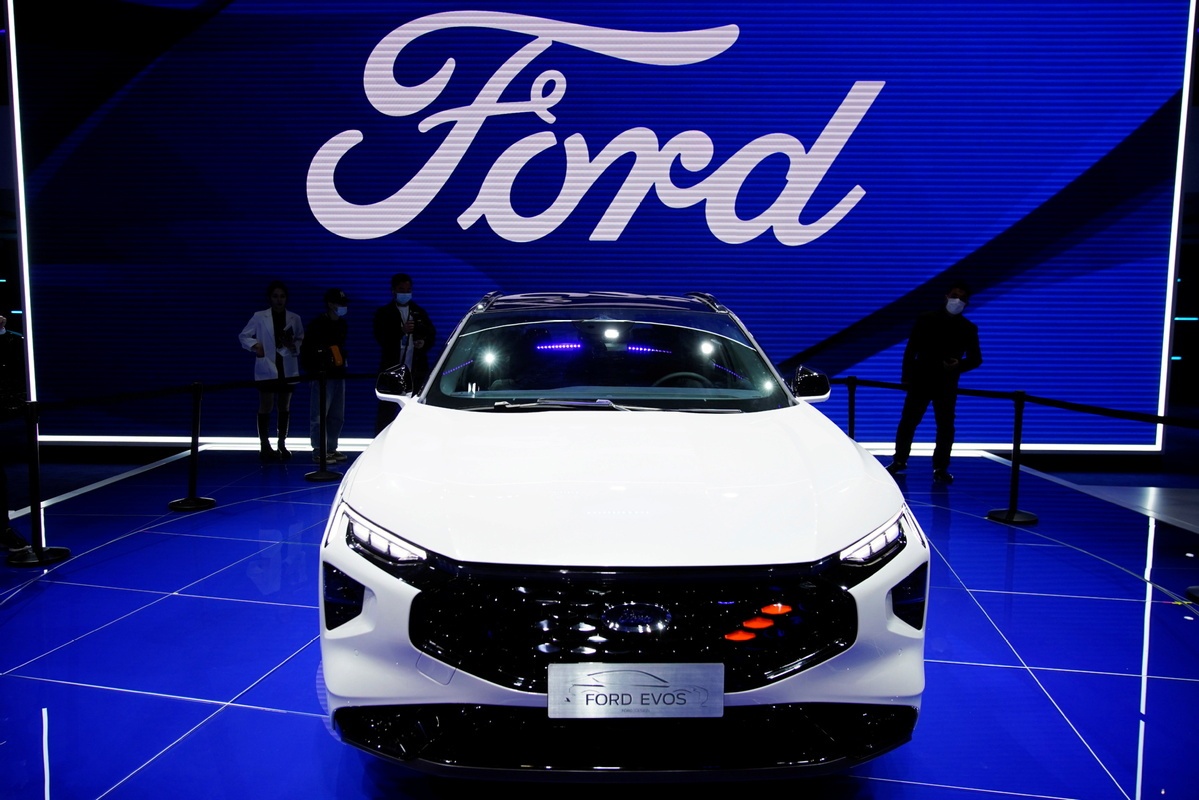 A Ford Evos SUV is seen displayed at the Ford booth during a media day for the Auto Shanghai show in Shanghai, April 19, 2021. [Photo/Agencies]

There has been no major uptick in US companies moving their operations out of China despite strained relations between the two countries, annual surveys by the US-China Business Council (USCBC) over the past five years have found.

In its latest poll on its member companies doing business in China, the Washington-based trade body found 87 percent of the companies have not shifted any segments of their supply chains out of China in the past year.

That percentage has remained unchanged in three years since 2019 and was on a par with the level in 2015, when 88 percent of the responders said they hadn't moved or planned to move any operations out of China.

The ratio was 92 percent in 2017, when nascent US-China tensions would begin to spiral and ultimately plunge ties to their lowest point since the two countries forged diplomatic relations in 1979.

Throughout the surveys of the past few years, the USCBC has stated that the majority of American companies remain committed to the China market, and few were divesting existing operations, as result of their commercial success and anticipated growth prospects.

The polls found that over the past five years, the US companies have kept a strong performance record in China, with 91 percent to 97 percent of the American businesses reporting that their China operations were profitable, helping to ramp up their innovation and competitiveness capabilities in China and beyond.

The surveys cited "increased costs or other uncertainties resulting from US-China tensions", and "costs in China" as top reasons for the small number of American businesses moving their operations to other locations.

Despite some officials' and lawmakers' persistent calls for decoupling of US-China economic exchange and for reshoring of supply chains, of the US companies that have adjusted supply chains, just 2 percent moved one or more segments to the United States, while 12 percent moved elsewhere, the 2021 member survey found.

That contrasted favorably with the years from 2017 and 2020, when about 3-4 percent of those who were planning to move operations out of the China market planned to return to the US.

In its 2017 member survey, the USCBC predicted "the pace of divestitures is unlikely to see a major shift" in the coming years, as a sharp uptick would make it difficult for US companies to maintain the investment levels required to remain cost-competitive in China.

The organization's subsequent polls have proved the trend, and in the 2021 survey, the USCBC concluded "that a relatively small number of companies shifted supply chains speaks to the strength of China's supply chain ecosystems and to the difficulty of relocating", though it also cautioned that may not be the case indefinitely.

The US businesses continuing to stay and expand investment in China — only 6 percent are curtailing investment over the next year — fall into the larger picture that foreign investments into China are accelerating, and China's integration into the global economy continues to deepen.

Nicholas Lardy, a senior researcher at the Peterson Institute for International Economics, noted that global economic decoupling from China or, as some call it, reshoring, is not happening.

"The US can limit the flow of advanced technology to China, but China is of growing importance to multinationals," Lardy told China Daily. "These firms are doubling down on their investments in China, not reorienting their investment back home."

As China continues to lead the global recovery from the adverse economic effects of the COVID-19 pandemic and the business environment for foreign firms in China continues to improve, foreign multinationals are increasing their inputs in China, establishing thousands of new firms and expanding existing ones, Lardy wrote in a recent blog post.

"I don't see much effort by China to decouple from the global economy. China's share of global trade and inbound FDI is now growing more rapidly than at any other point since economic reform began in the late 1970s," the economist said in an email interview.

Looking forward, as the Biden administration has yet to review its China policy, Lardy said US President Joe Biden should eliminate the tariffs on Chinese goods that are raising the price of imports, costing the average American family $1,000 per year, according to one estimate.

"There are multiple other steps that could be taken to reduce trade and investment tensions," he said.

Ryan Hass, who served in the Obama White House and is now a senior fellow in the foreign policy program at the Brookings Institution, noted decoupling is in either country's best interests.

Hass said some people believe that the solution to US problems is "to decouple or to try to disentangle or separate" the United States from China.

"But the reality is, it's going to be really hard for one country to thrive while the other suffers; both of our destinies are a bit linked to each other, just given the depth of interdependence that exists," Hass said on Linked Destinies, a podcast of the Eurasia Group Foundation that aired last week.