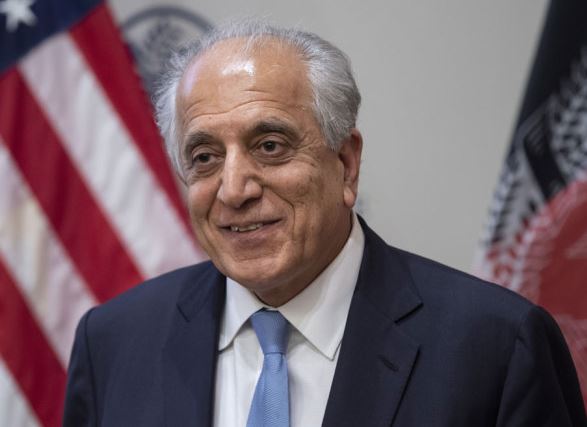 US Special Envoy Zalmay Khalilzad participates in a discussion on "The Prospects for Peace in Afghanistan" at the United States Institute of Peace (USIP) in Washington, DC, on February 8, 2019. (File photo: AFP)

The chairman of the House Foreign Affairs Committee on Thursday issued a subpoena to the Trump administration's envoy to the US-Taliban talks, demanding that he testify at an open congressional hearing next week.

Rep. Eliot Engel, D-NY, complained that the Trump administration was keeping Congress and the American people "in the dark" about negotiations with the Taliban, which have broken down.

In a weekend tweet, Trump called off negotiations and canceled a meeting he said he wanted to have with Afghan government leaders and the Taliban at the Camp David presidential retreat.

"More than 2,000 American troops have died in Afghanistan, and I'm fed up with this administration keeping Congress and the American people in the dark on the peace process and how we're going to bring this long war to a close," Engel said in a statement.

"For months, we haven't been able to get answers on the Afghanistan peace plan, and now the president is saying the plan is dead. We need to hear directly from the administration's point person on Afghanistan to understand how this process went off the rails."