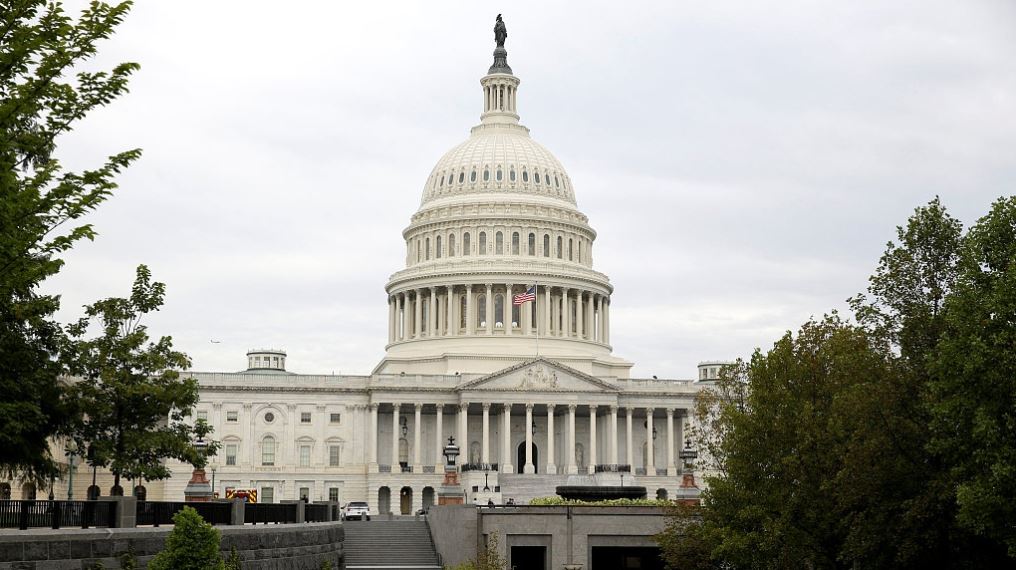 Republican and Democratic lawmakers haven't reached an agreement on a new relief package as the extra 600-dollar unemployment benefits for roughly 30 million people expire on Friday.

The two parties seem far apart from a deal, with unemployment benefits extension being one of the sticking points, and both sides of the aisle have blamed each other for failing to make progress.

Earlier this week, House Speaker Nancy Pelosi, a California Democrat, said it's the Republicans who have failed to act for over 10 weeks, calling on McConnell to "get his facts straight."

"The House-passed #HeroesAct extends the enhanced unemployment benefits families are depending on -- while his 'proposal' slashes benefits by $400 a week," Pelosi said, referring to the 3-trillion-dollar relief package drafted by House Democrats in May.

The Senate Republicans' 1-trillion-dollar proposal, unveiled Monday, would slash the federal benefits to 200 dollars through September, giving an unemployed worker about 70 percent of previous wages when combined with state benefits, while Democrats want to maintain the current level of benefits through January.

The White House and Republicans have contended that the 600-dollar benefits have created a financial disincentive for people to return to work, an argument refuted by some economists, including Nobel laureate economist Paul Krugman.

As negotiations for the relief package stall, the U.S. Commerce Department reported Thursday that the economy contracted at an annual rate of 32.9 percent in the second quarter, the deepest decline since the government began keeping records in 1947.

Meanwhile, the Labor Department reported the number of initial jobless claims in the United States rose to 1.43 million last week amid a resurgence in COVID-19 cases, following an increase in the previous week.