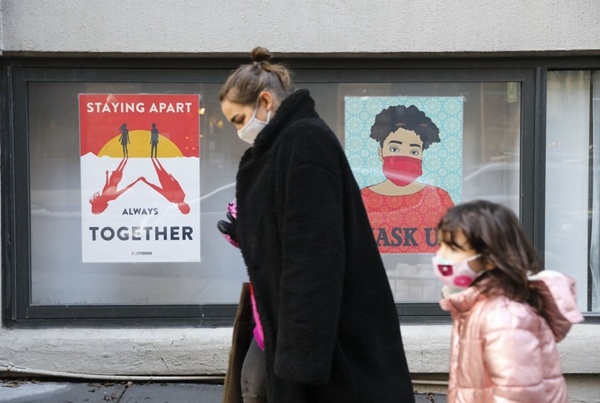 The long-awaited relief package was approved by the Senate with a 92-to-6 vote, along with government funding for the rest of the fiscal year, which ends on Sept. 30, 2021. The House of Representatives has also passed the package.

Following months of deadlock over the size and scope of the next round of relief package, Democratic and Republican lawmakers -- amid recent COVID-19 spikes and slowing economic recovery -- finally reached a deal on Sunday.

The 900-billion-USD relief plan includes another round of direct payments for individuals, federal unemployment benefits, and more funding for Paycheck Protection Program to support small businesses. It also features hundreds of billions more for schools, testing and the distribution of vaccines.

"The Senate just passed another major bipartisan, COVID-19 relief package. The American people can rest assured that more help is on the way, immediately," Senate Majority Leader Mitch McConnell, the top Republican in the upper chamber, said in a tweet.

Calling the relief bill "a step forward," Bernie Sanders, Democratic Senator from Vermont, said "while we did not get as much as we wanted, the average family of four will receive a direct payment of 2,400 dollars."

"Will that help? Yes, it will. Is it enough? No, it is not," Sanders said. "In this horrific crisis, we must fight for more relief."

For Democrats, the 900-billion relief package is much smaller than the 3.4 trillion package they passed in the House in May, and down from the 2.2 trillion proposal they offered in October. Some Senate Republicans, however, insisted on a relief package below 1 trillion dollars, and had pushed for a 500-billion-dollar bill before the election.

In order to reach an agreement, both parties recently agreed to drop their key demands: more aid to state and local governments, sought by Democrats, and liability protections for businesses, sought by Republicans. These have been key sticking points in the marathon negotiations.

"Though state revenues have been coming in better than feared, the absence of additional aid will lead to spending cuts and layoffs," Ryan Sweet, senior director at Moody's Analytics, wrote in an analysis.

Sweet noted that the key component of the agreement is an extension of unemployment insurance benefits with 300 dollars per week in added benefits, though lower than the previously approved 600 dollars.

"This is especially significant now, as unemployment is still high and likely to go higher during the coming months," Sweet said, adding that the latest stimulus will likely help to avoid a double-dip recession.