US Congress passes bill to fight rise in anti-Asian crimes

US lawmakers on Tuesday sent an anti-hate bill to President Joe Biden's desk that aims to prevent violence against Asian Americans, following an alarming rise in attacks including murders during the coronavirus pandemic. 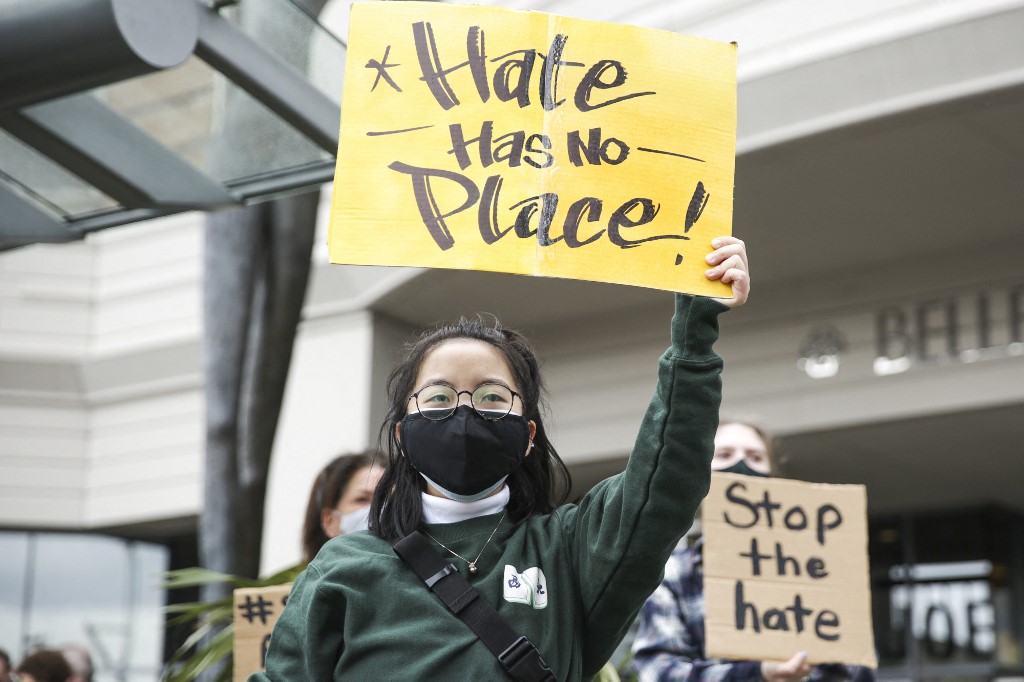 A University of Washington student who wished to remain anonymous holds a sign that reads "hate has no place" during the We Are Not Silent rally organized by the Asian American Pacific Islander (AAPI) Coalition Against Hate and Bias in Bellevue, Washington on March 18, 2021. (File photo: AFP)

The House of Representatives passed the COVID-19 Hate Crimes Act with a strong bipartisan vote of 364 to 62, weeks after it cleared the Senate with nearly unanimous support.

Biden backs the legislation, which will speed up reviews of COVID-related hate crimes against Asian Americans and Pacific Islanders, expand public awareness about the problem, and provide state and local governments with guidance on how to combat hate crimes.

House Speaker Nancy Pelosi said it was critical to send a unified message on the importance of strengthening the nation's defenses against anti-AAPI violence.

"Together, these steps will make a significant difference to address hate crimes in America -- not only during this pandemic, but for years to come," Pelosi said on the House floor.

More than 6,600 incidences of anti-AAPI discrimination and violence were reported between March 2020 and March 2021, Pelosi said.

Seniors have been attacked and businesses vandalized, while videos have shown Asian Americans getting stabbed, beaten up and otherwise confronted in public spaces.

"These attacks are even more shameful in light of the heroism of our AAPI community during the pandemic," Pelosi said, noting the large numbers of Asian Americans serving as emergency responders and health care providers.

The worst attack came in March in Georgia, where a 21-year-old man was arrested and charged in the murder of eight people including six women of Asian origin who worked at massage parlors in and around Atlanta.