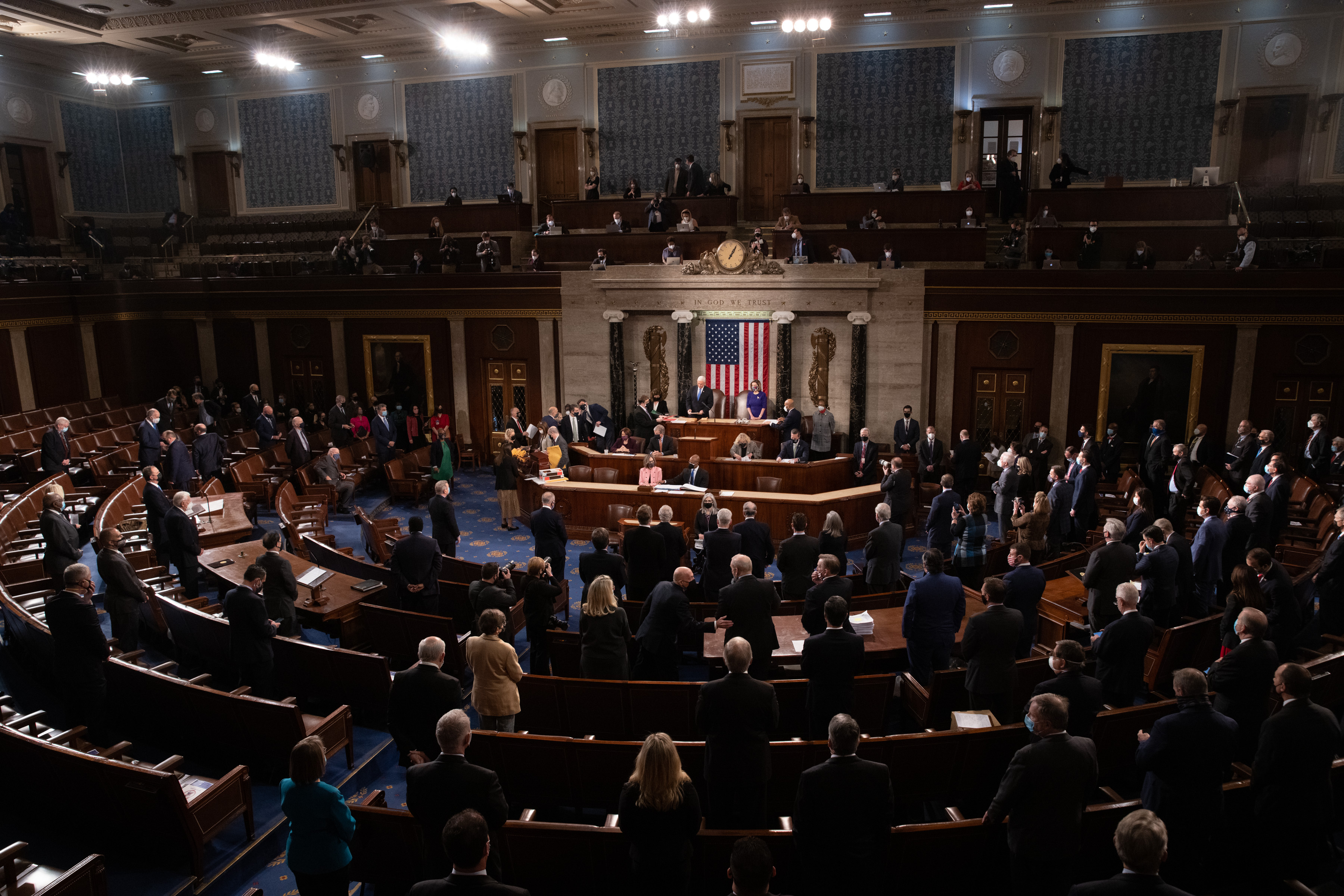 The House floor convenes before a joint session of the House and Senate convenes to confirm the Electoral College votes cast in November's election, at the Capitol in Washington, DC, January 6, 2021. (Photo: AFP)

"We condemn the violence in the strongest possible terms," said U.S. Vice President Mike Pence, who is presiding over a session in the Senate.

Senate Majority Leader Mitch McConnell, a Republican, also lashed out at the protesters who stormed the Capitol and halted the Electoral College vote counting, while stressing that Congress will finish the certification of the election results.

Members of the House of Representatives have also resumed their session.

The chambers were separately debating an objection to the counting of Arizona's electoral votes before police placed a lockdown on the Capitol due to the breaches.

Trump has refused to acknowledge defeat in the White House race with Biden and is still pushing claims of a "fraudulent" election, which had been dismissed by U.S. courts at different levels due to a profound lack of evidence.

In a video clip posted on Twitter Wednesday afternoon, Trump urged his supporters to "go home" after demonstrations.

Biden, in remarks from Wilmington, Delaware, condemned what he called "insurrection" at the U.S. Capitol.

Confrontations between law enforcement officers and protesters have caused injuries on both sides. A woman who was shot on the Capitol grounds has died, according to police.

A curfew for the District of Columbia is in effect through Thursday morning.