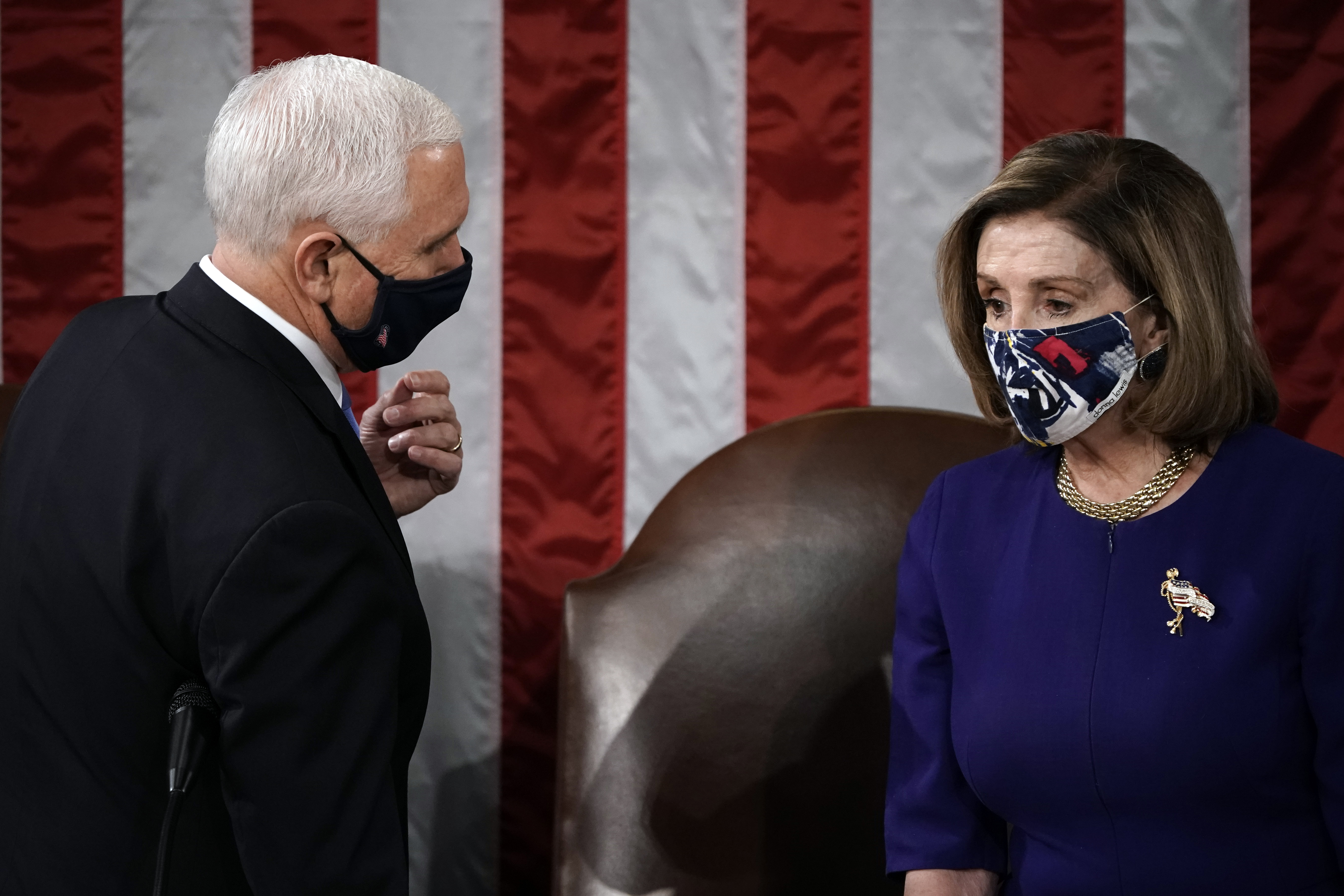 Speaker of the House Nancy Pelosi, D-CA, and Vice President Mike Pence officiate as a joint session of the House and Senate convenes to confirm the Electoral College votes cast in November's election, at the Capitol in Washington, DC, January 6, 2021. (Photo: AFP)

The US Senate and House late Wednesday overwhelmingly rejected the objection by some Republican lawmakers to certifying Arizona's electoral vote for Joe Biden, after a riot by Donald Trump supporters forced a delay in the process.

Senators voted 93 to 6 against the effort to reject Arizona's 11 electoral votes, overcoming the first of what may be multiple hurdles to the November presidential election's certification.

The House of Representatives voted 303-121 against the objection, with 82 Republicans siding with the Democrats.

The joint session of Congress is certifying the electoral votes of all 50 states to confirm Biden's 306-232 electoral victory in November.

It was delayed when protesters stormed the Capitol building, triggering unprecedented chaos and violence that drew condemnation from around the world.

Egged on in an extraordinary rally by an aggrieved Trump, a flag-waving mob broke down barricades outside the Capitol and swarmed inside, rampaging through offices and onto the usually solemn legislative floors.