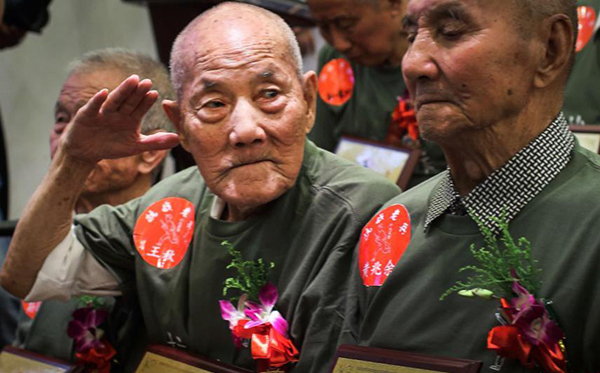 SAN FRANCISCO, Sept. 26 (Xinhua) -- California legislators are calling on US Congress to expedite the passage of two bills to recognize the service of Chinese American veterans who fought in World War II, said two California State Assembly members on Wednesday.

"At a time when the United States government discriminated against Chinese Americans, many chose to serve our country during World War II. Passing these bills will show our veterans that we honor their service and sacrifice," he said.

The US Senate passed the Senate Bill 1050 on Sept. 12 and now it awaits a vote in the House of Representatives, so does the H.R. 2358. The two bills still need to be passed in the House before it can be signed into law.

The recognition of Chinese American veterans' service is very important because "so much of the American history is not taught in our schools," said Low, who represents the 28th Assembly District that includes parts of the South Bay and Silicon Valley.

"We need to tell our story that we are Americans and we are patriotic just like everybody else," he said.

Chinese Americans have served the United States in every war since the Civil War, while faced with hostility and a number of discriminatory federal and state laws, including the Chinese Exclusion Act of 1882.

"It is essential for Congress to recognize their sacrifice just as it has done for other marginalized groups who served," said California Assembly Member David Chiu, who represents the 17th Assembly District that encompasses the eastern half of San Francisco.

Low and Chiu wrote a joint letter to Congress to urge expeditious support in co-sponsoring the bills on Sept. 13.

"As each year passes, fewer and fewer Chinese American veterans of World War II remain with us. Awarding the Congressional Gold Medal in honor of Chinese American World War II veterans provides the opportunity to recognize the courage and sacrifice of these veterans who served our country in the face of discrimination," said the letter.