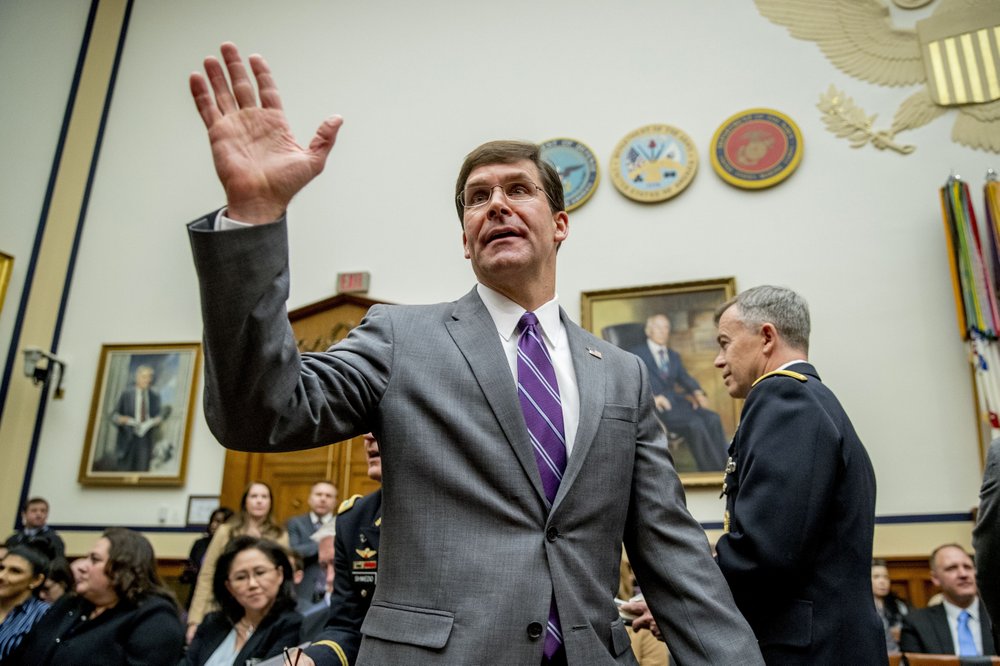 The chairman of the House Armed Services Committee and the committee’s top Republican warned Defense Secretary Mark Esper that overturning congressional funding decisions to shift money for the wall is an enormous problem that will have consequences.

The plan to shift money has triggered rare Republican opposition to one of Trump’s priorities.

Rep. Mac Thornberry, R-Texas, said the result may be that Congress will place greater restrictions on the Pentagon’s ability to move money around to meet military needs. The chairman, the Democratic Rep. Adam Smith of Washington, said the money transfer is “very, very damaging to the Pentagon.”

“The message it sends is the Pentagon has plenty of money,” said Smith, adding that it “undercuts any arguments for any need for resources.”

The Pentagon announced this month that it was slashing billions of dollars in funding for Navy and Air Force aircraft and other military programs to free up money for the construction of the wall.

Esper approved the $3.8 billion border wall request from the Department of Homeland Security, and the Pentagon acknowledged that more cuts could be coming to provide additional dollars for the wall. Trump has repeatedly claimed that Mexico is paying for his promised “big beautiful wall,” but that has never happened.

The Pentagon’s decision, announced in “reprogramming” documents provided to lawmakers, stripped money from major aircraft and procurement programs that touch Republican and Democratic districts and states.

Despite congressional opposition, Trump faced no consequences when making similar transfers last year, when the Pentagon canceled dozens of military construction projects to free up $3.6 billion and transferred $2.5 billion in counterdrug money.

Altogether, Trump has obtained just over $3 billion for border barrier construction by working through regular congressional channels, subject to limitations imposed by lawmakers. He has used various transfer and emergency authorities to shift almost $7 billion more from the emergency declaration, from a forfeiture fund containing money seized by law enforcement and from funding for military counterdrug activities.

Specifically, the plan targets money for more than a dozen aircraft, including two F-35 fighters sought by Texas Rep. Kay Granger, the top Republican on the House Appropriations Committee, and other members of the Texas congressional delegation.