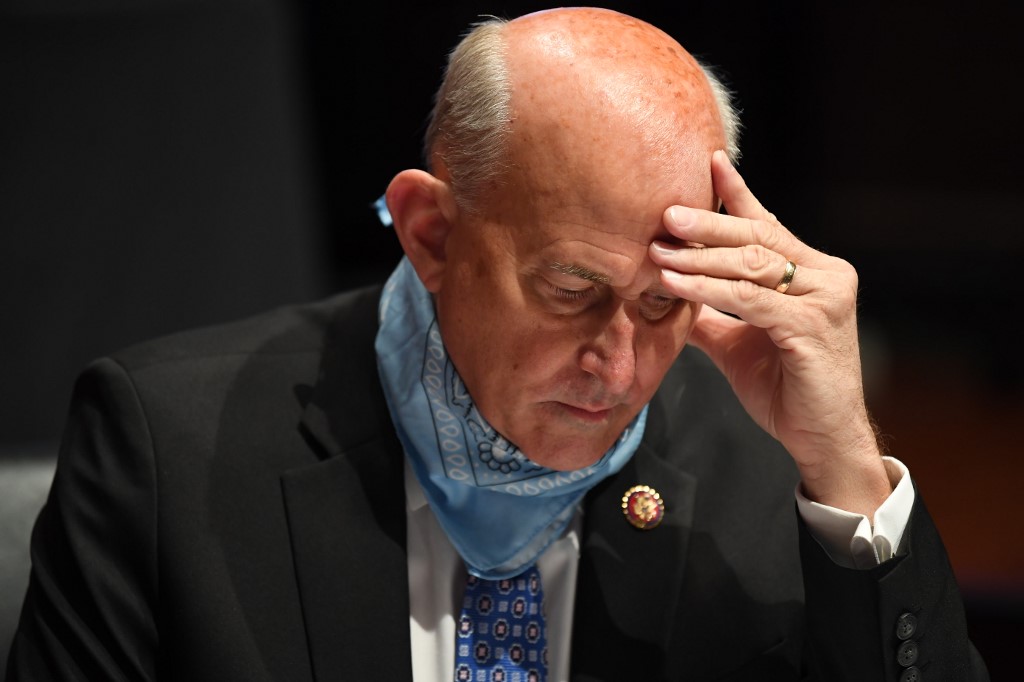 A 66-year-old Texas Republican, Gohmert was scheduled to fly to the Lone Star State with U.S. President Donald Trump Wednesday morning and tested positive in a pre-screen at the White House, according to Politico, citing multiple sources.

Gohmert was reportedly not allowed on Trump's plane.

The news came a day after Gohmert, a member of the House Judiciary Committee, attended a hearing in person without wearing a mask with Attorney General William Barr, along with other lawmakers who were seated at some distance from one another.

A spokesperson for the Department of Justice said that Barr, 70, will be tested for coronavirus later on Wednesday.

Jerrold Nadler, a New York Democrat and chairman of the House Judiciary panel, said that he wishes Gohmert a full and speedy recovery.

"When individuals refuse to take the necessary precautions it puts everyone at risk," Nadler tweeted on Wednesday. "I've regularly instructed all Members to wear their masks and hope this is a lesson by all my colleagues."