The U.S. will not support a free trade agreement with the UK if Prime Minister Boris Johnson undermines the Northern Ireland peace deal, senior politicians have warned. 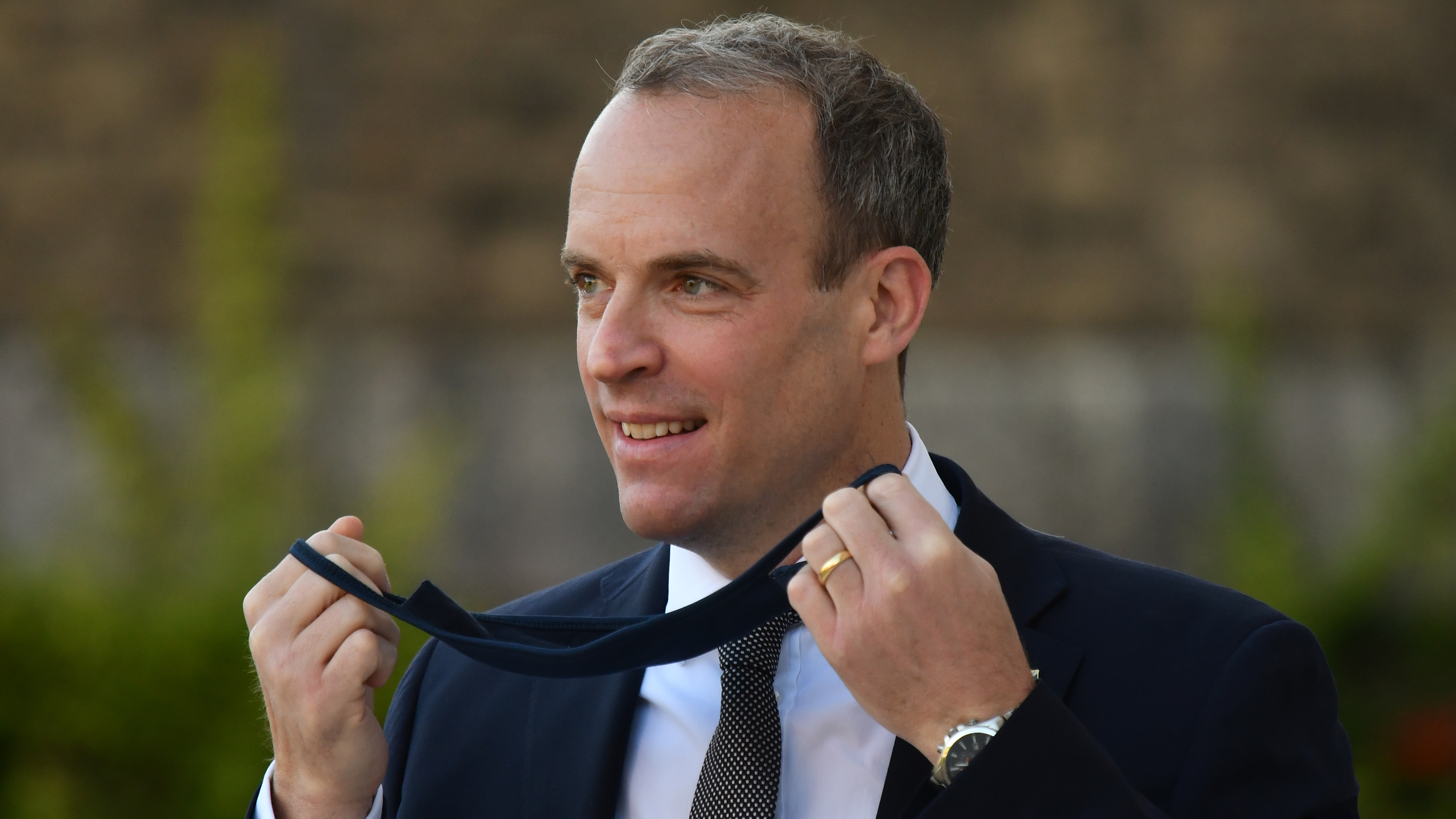 Dominic Raab, the UK's foreign minister is in the U.S. for talks. (Photo: AFP)

Four congresspeople wrote to Johnson after the UK Internal Market Bill, which could undermine aspects of the UK/EU Withdrawal Agreement, was approved by members of parliament in its first House of Commons test.

The bill, if passed, would end the legal legitimacy of the Northern Ireland protocol - contained with the Withdrawal Agreement - in areas including state aid. Former UK prime ministers, the country's opposition Labour Party and the European Union have all warned that any reversing of the agreement would be a breach of international law.

The UK's Northern Ireland minister, Brandon Lewis, has previously admitted it would break the law in a "very specific and limited way."

The letter comes as UK Foreign Secretary Dominic Raab is in the U.S. for talks with his counterpart, Secretary of State Mike Pompeo.

The congresspeople, led by chairman of the House Foreign Affairs Committee Eliot Engel, are urging the British government to respect the peace process and open Ireland/Northern Ireland borders enshrined within the Good Friday Agreement.

The letter calls on the UK to "abandon any and all legally questionable and unfair efforts to flout the Northern Ireland protocol of the Withdrawal Agreement."

Adding: "Many in the United States and in Congress consider the issues of the Good Friday Agreement and a potential US-UK free trade agreement inextricably linked."

Speaker of the U.S. House of Representatives, Nancy Pelosi, said there would be "absolutely no chance" of a US/UK trade deal if the Withdrawal Agreement is breached by London.

Pelosi added that Congress would never pass an agreement that could "imperil" the Northern Ireland peace deal.

Raab is due to meet Pelosi during his U.S. visit, when Brexit and a future trade deal are expected to be discussed.

Downing Street has argued that the new bill is necessary to retain a united country and protect the Northern Ireland peace process, if a UK/EU free trade deal isn't agreed before the current Brexit transition period runs out at the end of 2020.