WORLD US Congresswoman appeals to Washington to improve trade policy

US Congresswoman appeals to Washington to improve trade policy 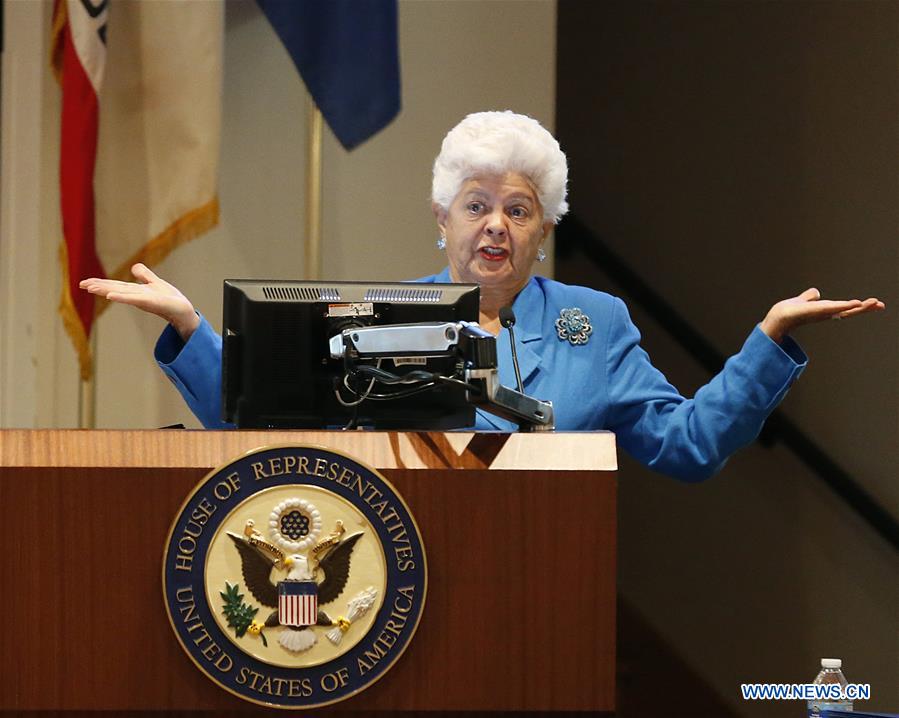 LOS ANGELES, Aug. 2 (Xinhua) -- The US administration needs to improve its trade policy and provide more opportunities to export, Democratic Congresswoman Grace Napolitano said at a round table conference in Duarte, California on Thursday.

"We both know that when we work together we can achieve much more than when we work against each other," Grace said when asked about the trade conflict between the United States and China.

At the Export and Trade Round Table conference, a 32nd Congressional District meeting that she hosted in Duarte on Thursday, the Congresswoman responded to growing concerns expressed by local business leaders and citizens over the fallout from the trade conflict.

The prevailing concern of attendees was that the conflict is having a negative effect on their businesses -- the opposite of what was intended.

"The 25 percent trade war tariffs are killing us. We need help," revealed Curtis A. Glover, president of Lighting Technologies International of Baldwin Park, as he appealed to his elected representatives.

Over half of the materials used for the company's production come from China, so the Trump administration's decision to raise tariffs to 25 percent on some of the goods from China has cost the lighting company an additional $1.5 million, according to Glover.

The company is trying to lower costs by applying for tariff exemption and taking other measures, according to him.

Napolitano said one of the biggest hurdles to exporting is the steep learning curve that America's small businesses face to understand the challenging export process, which is why she and Duarte City Councilman Samuel Kang co-organized the event with the Chinese Consulate to elucidate the complicated process.

"This event is to educate America's businesses on how to access or expand their foreign markets. We want to make sure that everyone gets the chance to get the same information about what is going on with China from the officials themselves, so they can formulate their own ideas of what they can do," she told Xinhua.

On hand to assist local business people were local and federal US officials, as well as US and Chinese trade, shipping export and business specialists.

"These kinds of trade symposiums at the local level will help businesses and ordinary people to realize the unique importance of the US-China trade relationship - to help our friends know it is mutually beneficial and that major countermeasures will cause damage to their local businesses and hurt the interests of the people," said Zhang Ping, Chinese consul general in Los Angeles.

Napolitano said "this export round table is needed more than ever because the current administration's trade wars are making it harder for our businesses. Foreign consumers are buying more goods from Europe and Asia to avoid the tariffs."

"The American people have a right to know what this administration's trade policy goals are and if they are working," she told Xinhua. "All indications are that the trade wars are bad for our economy and bad for jobs."

At the national level, Napolitano and other Democratic leaders are pressuring the administration of President Donald Trump and the Republican Congressional leadership to hold public hearings to examine the growing detrimental effects of the trade conflict.