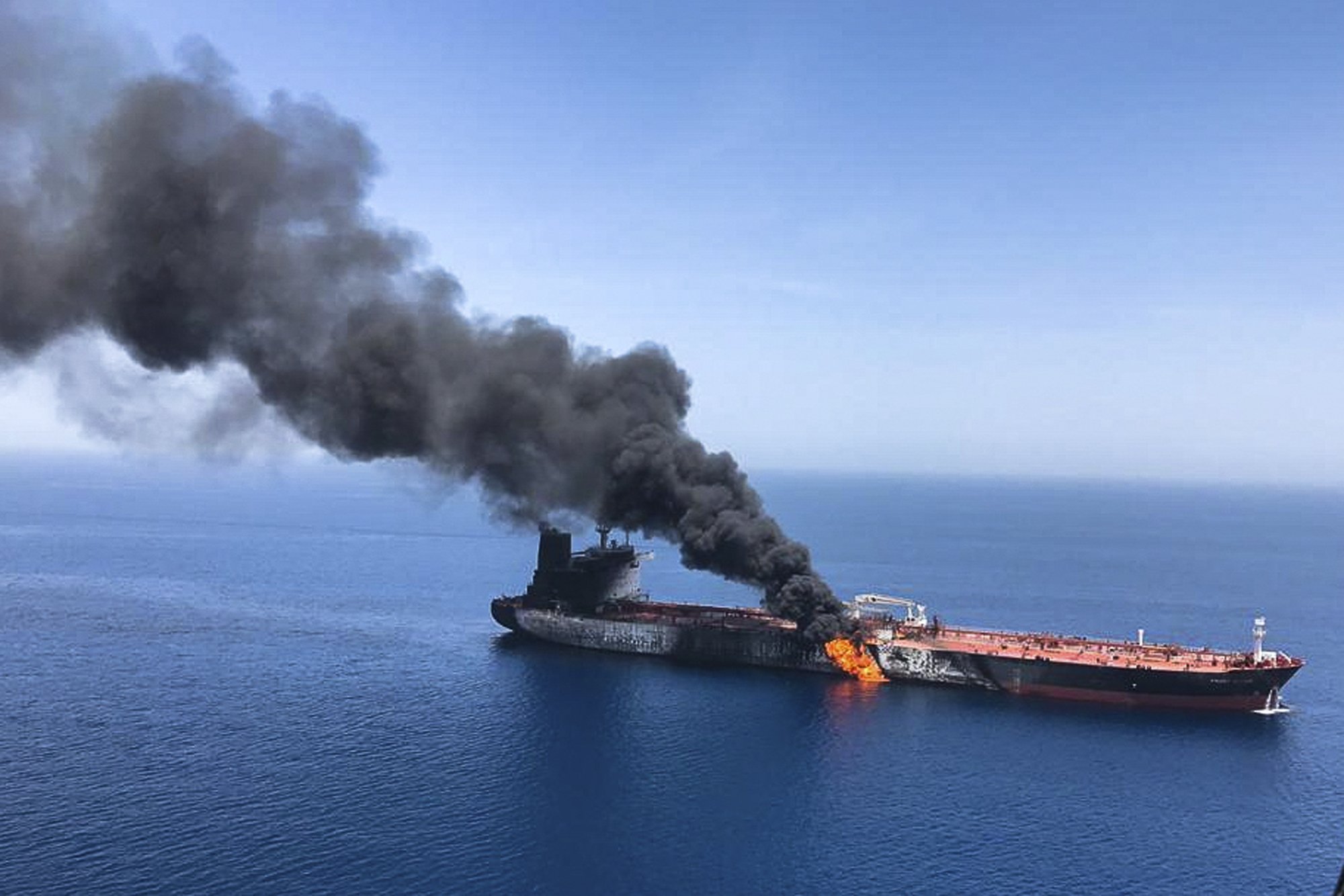 WASHINGTON, June 16 (Xinhua) -- US Secretary of State Mike Pompeo said on Sunday that the United States considers "a full range of options" to respond to the attack on two oil tankers in the Gulf of Oman.

"The United States is considering a full range of options. We've briefed the President a couple of times," Pompeo said in an interview on CBS, adding that the military response was among the options.

Pompeo, at the same time, suggested that Washington seeks to prevent the ongoing tension with Iran from escalating any further.

"President Trump has done everything he can to avoid war. We don't want war," he said in another interview with Fox News on the same day.

The top US diplomat restated that Iran was behind the attacks on two oil tankers.

"These were attacks by the Islamic Republic of Iran on commercial shipping ... with the clear intent to deny transit through the strait," Pompeo told Fox News.

Pompeo reaffirmed that the United States would take all measures necessary to guarantee freedom of navigation of the Strait of Hormuz, a vital shipping routes for global energy supply.

Tehran has denied any accusation that Iran was behind the attacks on two oil tankers.

Iran's Foreign Minister Mohammad Javad Zarif on Thursday said on his twitter that the US allegation was a plan to use sabotage diplomacy to cover up its economic terrorism against Iran.