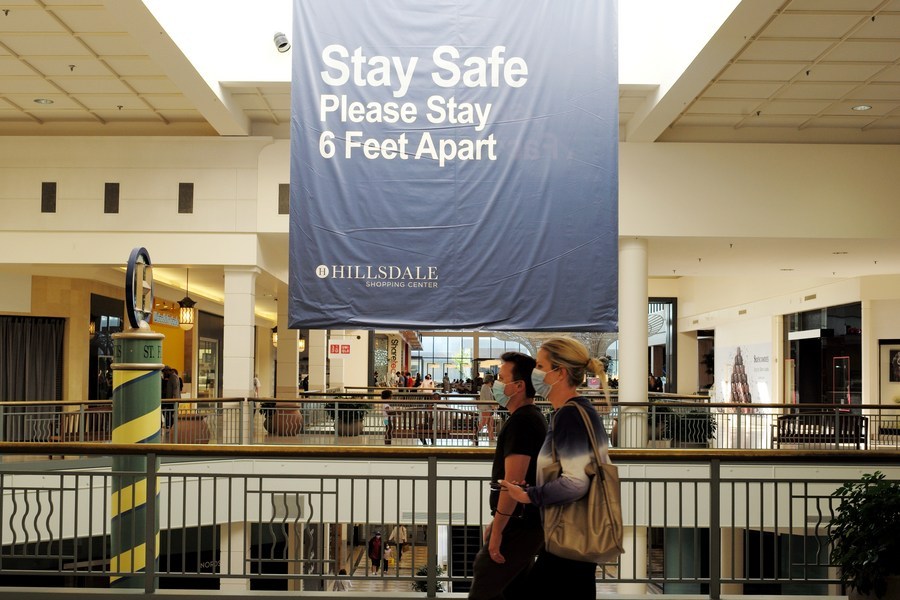 US consumer sentiment in early August fell to its lowest level in a decade amid concerns over the spread of the Delta variant, according to a survey released by the University of Michigan on Friday.

The preliminary consumer sentiment index fell to 70.2 in the first half of August from a final reading of 81.2 in July, marking the lowest level since 2011, the survey showed.

"Consumers reported a stunning loss of confidence in the first half of August," Richard Curtin, chief economist for the survey, said in a statement, adding the losses were widespread across income, age, and education subgroups and observed across all regions.

"There is little doubt that the pandemic's resurgence due to the Delta variant has been met with a mixture of reason and emotion," Curtin said.

"Consumers have correctly reasoned that the economy's performance will be diminished over the next several months, but the extraordinary surge in negative economic assessments also reflects an emotional response, mainly from dashed hopes that the pandemic would soon end," he added.

The fall in consumer sentiment came as COVID-19 cases, hospitalizations and deaths are rising at a record level across the country.

"Now over 90 percent of counties in the United States are experiencing substantial or high transmission," US Centers for Disease Control and Prevention (CDC) Director Rochelle Walensky said Thursday at a briefing.

"As we've been saying by far, those at highest risk remain people who have not yet been vaccinated," she said.

As of Thursday, 50.4 percent of the US population were fully vaccinated, according to CDC data.