The United States' newly imposed controversial tariffs on imports from countries and regions including China and Europe are opposed by its own people. 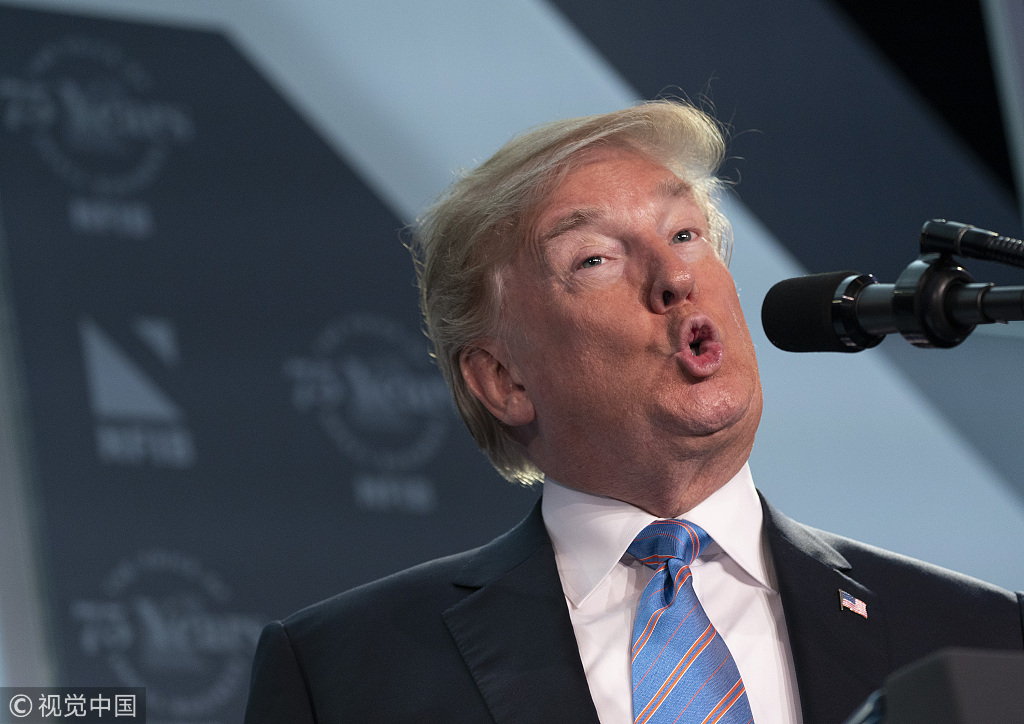 The United States threatened on Tuesday to slap an additional 10-percent tariff on $200 billion worth of Chinese goods. In response, the Chinese government pledged to take comprehensive measures to retaliate and safeguard its own interests as well as free trade.

Many New York City residents told Xinhua that they felt the US protectionist measures would hurt the interests of its own consumers and that President Donald Trump is carrying out these measures to please his voters.

"Your pay does not increase, but everything else gets increased," said Darius Francis, a 47-year-old carpenter.

He said it is stupid to try to solve trade issues through imposing tariffs because "all the tariffs are basically back and forth," and could only make matters worse.

Andrew, a college student, said the measures could potentially make his life less easy and less cheap. Moreover, he believed it is terrible for the global economy.

"Globalism is basically what makes the modern world as good as it is. Free trade allows us basically to have things that we weren't able to have in the past and allows us to have improved life," said Andrew.

"What he (Trump) is doing is really going to hurt the future," said Andrew.

Paul Sanchez, a song writer, said the idea that the United States might enter a trade war with its trade partners bothers him.

"I'm not looking for war. I'm looking for peace. (I wish) we can trade in peace and work our differences out. That will be a healthier way to approach (trade issues)," said Sanchez.

He added that it seems to him "Trump says what he feels will get him clicks and what his base wants to hear."

Experts are also talking about how imposing tariffs could hurt US consumers.

Stephen Roach, former chairman of Morgan Stanley Asia and senior fellow at Yale University's Jackson Institute for Global Affairs, said with the domestic saving rate at just 1.5 percent of national income in the first quarter of 2018, US multilateral trade deficit with 102 nations is unavoidable.

"Trying to cure multilateral deficits with bilateral tariffs such as those being imposed on China can only backfire -- shifting the Chinese piece of the US trade deficit to higher cost producers and thereby taxing American consumers," said Roach.