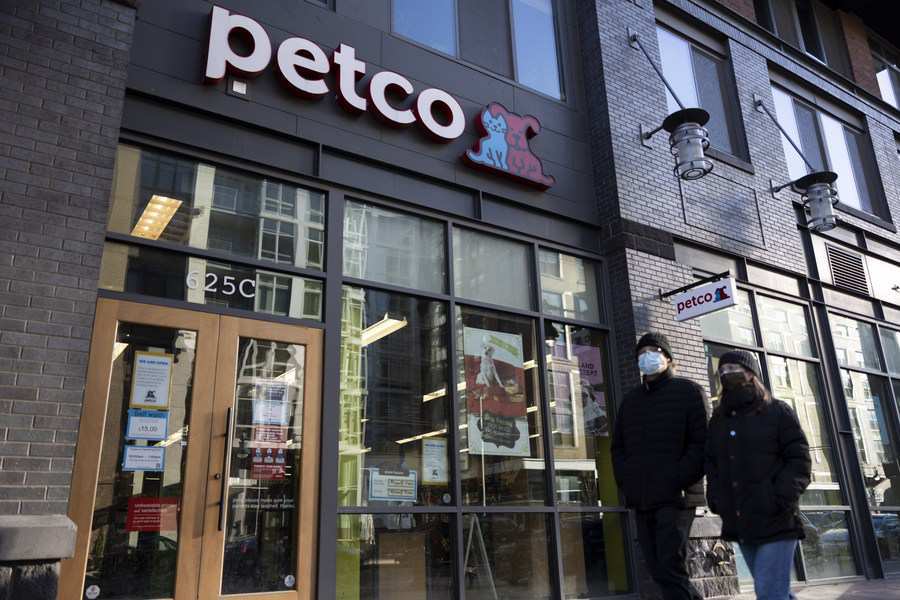 WASHINGTON, March 6 (Xinhua) -- The United States continues to see a decline in new COVID-19 cases, deaths and hospitalizations as more than 85 million vaccine doses have been administered.

Key indicators of COVID-19 transmission in the United States have continued to fall since early January.

A total of 66,481 new cases and 1,840 new deaths were reported on Thursday, according to the data updated by the U.S. Centers for Disease Control and Prevention (CDC) on Friday.

There has been an overall decline of 74.9 percent of the seven-day moving average since the highest seven-day average of 249,360 on Jan. 11.

Meanwhile, the seven-day average of new deaths has declined by 43.1 percent since Jan. 13, according to the CDC.

The average number of daily admissions fell by 14.8 percent this week compared to the previous week. 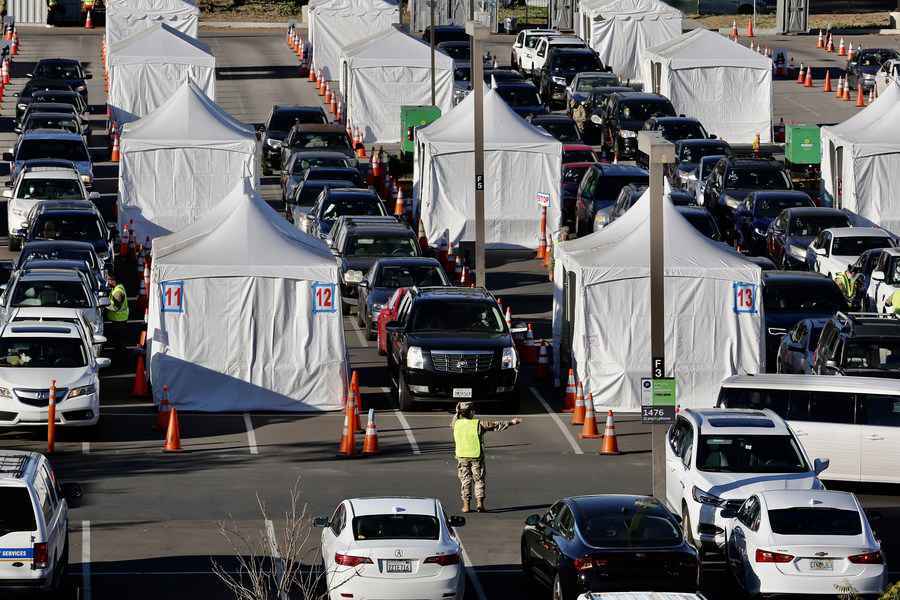 Members of the National Guard help motorists check at a COVID-19 vaccination site on the campus of California State University of Los Angeles in Los Angeles County, California, the United States, Feb. 22, 2021.

"The baseline level of coronavirus cases needs to fall further before the country can confidently resume normal activities, even as the vaccine rollout accelerates," said Anthony Fauci, the country's top infectious disease expert.

Fauci noted that in past periods of the pandemic, "when we started to pull back prematurely, we saw the rebound. We definitely don't want that to happen."

A total of 2,753 infection cases of coronavirus variants had been reported in the United States as of Thursday, according to the CDC.

The vast majority of these cases, 2,672, were caused by the variant known as B.1.1.7, which was originally detected in Britain. 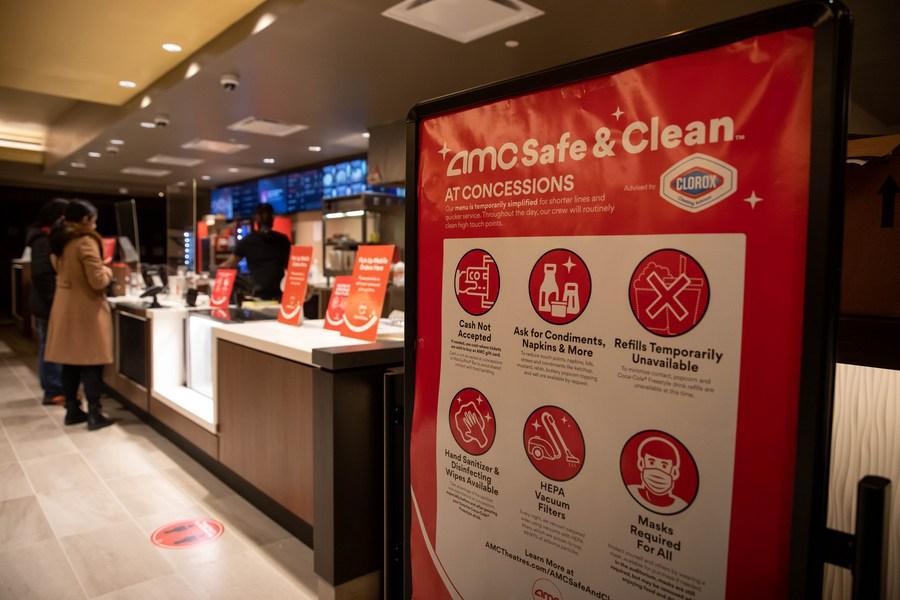 A sign of cleaning and safety policies is seen at a movie theater in New York, the United States, March 5, 2021.

Modeling data suggest that B.1.1.7 could become the predominant variant in the United States in March.

Experts are also concerned about some worrisome variants that are in places like California and New York.

The variant in California, known as B.1.427/B.1.429, spreads more easily than its predecessors and is now dominant in the state, according to scientists at the University of California, San Francisco.

Studies are underway to determine whether variants cause more severe illness or are likely to evade immunity brought on by prior illness or vaccination, according to the CDC.