Potheads have for decades celebrated their love of marijuana on April 20, but the once counter-culture celebration that was all about getting stoned now is so mainstream Corporate America is starting to embrace it. 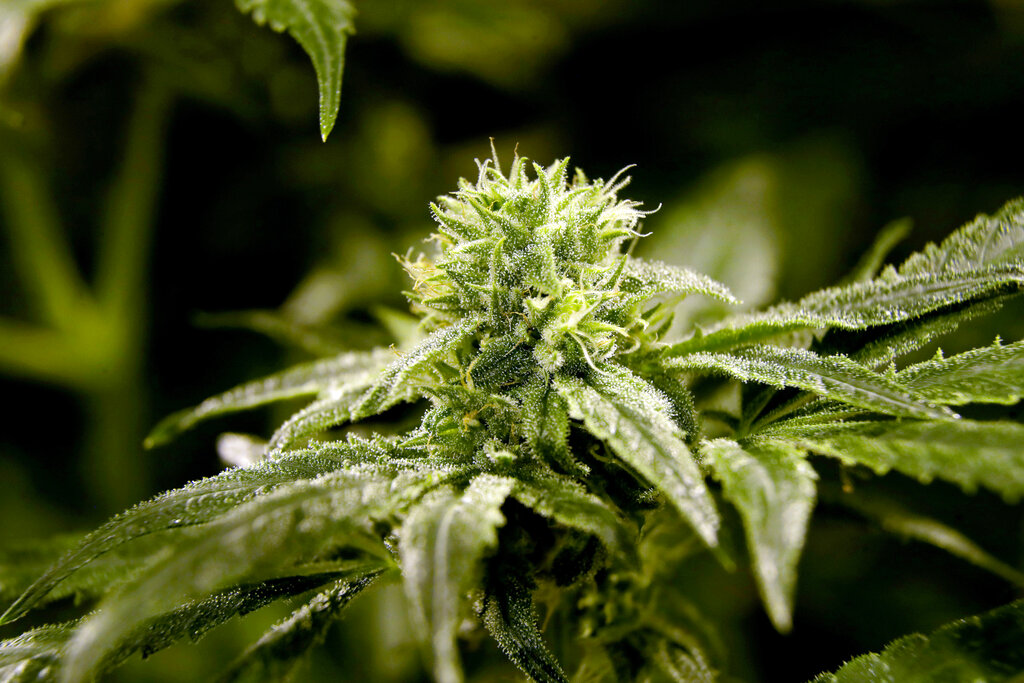 No, Hallmark doesn't yet have a card to mark "420." But many other businesses inside and outside the multibillion-dollar cannabis industry are using April 20, or 4/20, to roll out marketing and social media messaging aimed at connecting with consumers driving the booming market.

On Saturday, Lyft is offering a $4.20 credit on a single ride in Colorado and in select cities in the U.S. and Canada. Carl's Jr. is using a Denver restaurant to market a hamburger infused with CBD, a non-intoxicating molecule found in cannabis that many believe is beneficial to their health.

On 420 last year, Totino's, a maker of frozen pizza snacks, tweeted an image of a microwave and an oven with the message: "To be blunt, pizza rolls are better when baked."

"I think brands that associate themselves with cannabis kind of get that contact high. In other words, they're just considered to be cooler by association," said Kit Yarrow, consumer psychologist at Golden Gate University. "As pot becomes more legal, more discussed, more interesting to people, more widely used, then 420 becomes more mainstream as well."

Marijuana normalization has snowballed since 2012, when Colorado and Washington were the first states to legalize recreational use. Eight more followed, including California, Oregon and Michigan. Medical marijuana is legal in two-thirds of the states, with conservative-leaning Utah and Oklahoma among recent additions.

Meantime, the CBD market has exploded. CBD oil can be found in candies, coffee and other food, drinks and dietary supplements, along with perfume, lotions, creams and soap. Proponents say CBD helps with pain, anxiety and inflammation, though limited scientific research supports those claims.

U.S. retail sales of cannabis products jumped to $10.5 billion last year, a threefold increase from 2017, according to data from Arcview Group, a cannabis investment and market research firm. The figures do not include retail sales of hemp-derived CBD products.

Ben & Jerry's was one of the earliest big brands to foster a connection with the marijuana culture through marketing. The Vermont-based ice cream company features Cherry Garcia and Phish Food, honoring late Grateful Dead member Jerry Garcia and the band Phish. Both bands are favorites of the marijuana-smoking crowd.

To mark 420 in recent years, Ben & Jerry's debuted taco and burrito inspired ice cream sandwiches. This year the company partnered with a San Francisco Bay Area cannabis retailer to give customers who place delivery orders on Friday and Saturday a free pint of Half Baked, a combination of cookie dough and fudge brownie.

"We have a lot of fun, never being overt, but really playing into the moment of 420," said Jay Curley, the company's global head of integrated marketing.

Last year, Ben & Jerry's also turned more serious, asking consumers to call on lawmakers to expunge prior marijuana convictions and press for pardons or amnesty for anyone arrested for smoking pot. This year the company is using the holiday to call for criminal justice reform.

"We're actually using this as an opportunity not to tell a stoner joke like we have in the past, but to raise what we see as a much more serious issue around justice," Curley said.

Those in the marijuana marketplace also are ramping up advertising around 420. Much of the marketing about cannabis or related products takes the form of online ads, emails, text messages and social media. Shops typically offer discounts. Some host parties with food and entertainment. The larger 420 events can draw thousands of people.

Verano Holdings, whose businesses include cannabis shops, sponsors street festivals in Chicago and Tulsa, Oklahoma, where attendees can learn about marijuana products, listen to music and grab a bite. The company expects this Saturday's festival in Chicago, going on its third year, will draw more than 4,000 people. Last year, it drew 1,500, said Tim Tennant, Verano's chief marketing officer.

In San Francisco's Golden Gate Park, Hippie Hill will again be the site of a 420 celebration. Last year, more than 15,000 attended the event, which has transformed from a small informal gathering into a full-blown festival of corporate sponsors and commercial booths selling smoking devices, T-shirts and food.

Roger Volodarsky, whose Los Angeles-based Puffco makes portable vaporizers, has celebrated 420 since he was a teenager. Back then, he said, "420 was the day that you splurged on yourself and got high in interesting ways. It was the day that you made a gravity bong and coughed your brains out."

Volodarksy likes that some Main Street brands are getting into the industry and the holiday.

Even as popularity grows, some companies will stay away from 420 as a marketing tool, said Allen Adamson, co-founder of Metaforce, a marketing consulting company.

"If you're talking about a big brand that needs to appeal to everybody and is very risk-averse, then probably not," he said. "I don't think you'll see large financial institutions doing it."

Cover image: In this April 21, 2018, file photo a bud tender displays a jar of cannabis at the High Times 420 SoCal Cannabis Cup in San Bernardino, Calif.