The United States counted 1,379 new deaths from the coronavirus in the 24 hours leading up to 8:30 pm Thursday (0030 GMT Friday), according to a count by Johns Hopkins University. 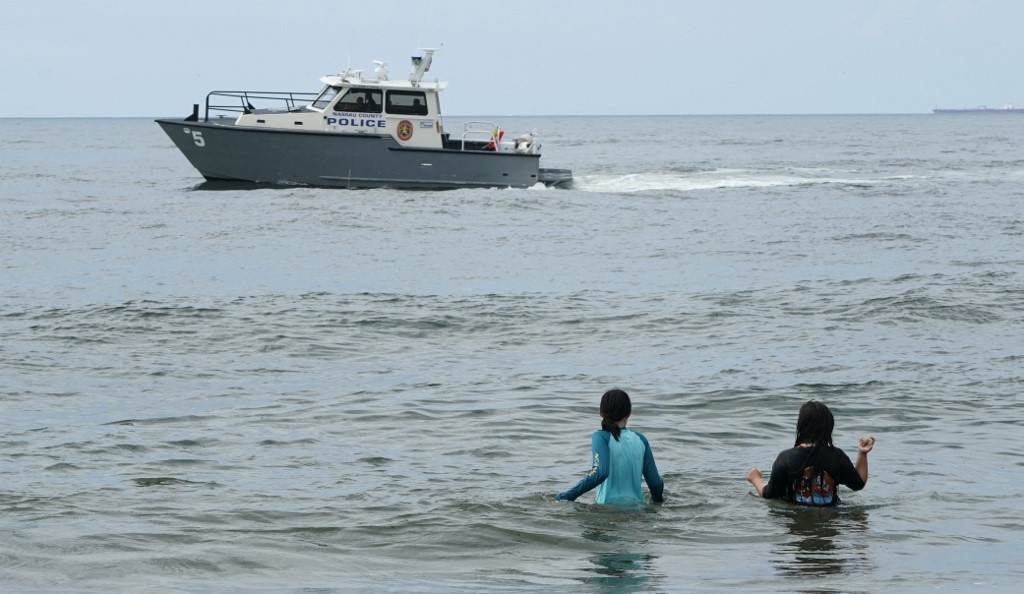 People go out in the ocean as a Nassau County Police Marine Unit boat patrols the waters at Nickerson Beach Park in Lido Beach, New York on July 29, 2020. (Photo: AFP)

It was the third day in a row with more than 1,200 deaths, according to the Baltimore-based school.

The US has tallied a total of 151,826 deaths from COVID-19, making it the hardest-hit country in the world.

There were also 72,238 new infections officially recorded on Thursday, meaning the US has seen a total of nearly 4.5 million infections since the beginning of the pandemic, with at least 1.4 million of them having recovered.

After seeing an apparent improvement in the spread of the virus in late spring, the US has seen a resurgence of high daily cases loads since the end of June, especially in the southern and western parts of the country.

Beach destination Florida has been hit particularly hard, with a record 253 deaths there Thursday.

The "Sunshine State" has recently overtaken the case numbers of New York -- which had long been the hardest-hit area in the country since the beginning of the pandemic.

California leads in total case count, with a population twice the size of Florida at nearly 40 million.

Meanwhile, Florida is also bracing for the arrival of a tropical storm over the weekend, which forced the closing of some virus testing centers.