US court limits order that had stopped Trump asylum limits 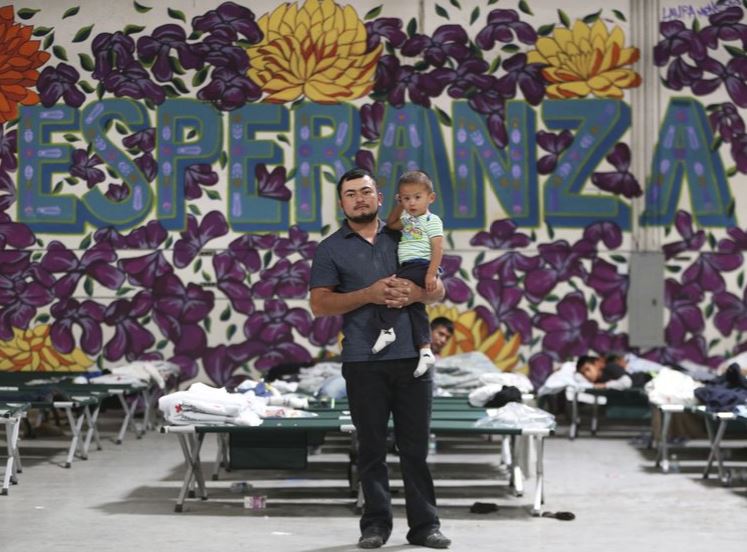 A Guatemalan man poses for a photo with his young son at the new Casa del Refugiado in east El Paso, Texas, Apr. 24, 2019. (File photo: AP)

A federal appeals court’s ruling Friday will allow the Trump administration to begin rejecting asylum at some parts of the US-Mexico border for migrants who arrived after transiting through a third country.

The ruling from the 9th US Circuit Court of Appeals limited a lower court’s order against President Donald Trump’s policy to California and Arizona. US District Judge Jon Tigar’s July 24 order won’t apply to New Mexico or Texas, the appeals court ruled.

The two busiest areas for border crossings are in South Texas’ Rio Grande Valley and the region around El Paso, Texas, which includes New Mexico. About 46,500 people in July crossed the US border without permission in those two regions, according to the US Border Patrol.

The policy would deny asylum to anyone who passes through another country on the way to the US without seeking protection there. Most crossing the southern border are Central Americans fleeing violence and poverty, who would largely be ineligible. The policy would also apply to people from Africa, Asia, and South America who come to the southern border to request asylum.

Tigar had ruled the policy could expose migrants to violence and abuse, deny their rights under international law and return them to countries they were fleeing.

The appeals court ruled that Tigar hadn’t considered whether a nationwide order was necessary and that the “limited record” shows that it wasn’t.

The American Civil Liberties Union and other legal groups had sued the Trump administration after it announced the restrictions last month.

“We will continue fighting to end the ban entirely and permanently,” said Lee Gelernt, a lawyer for the ACLU.

The US Department of Justice did not immediately comment.