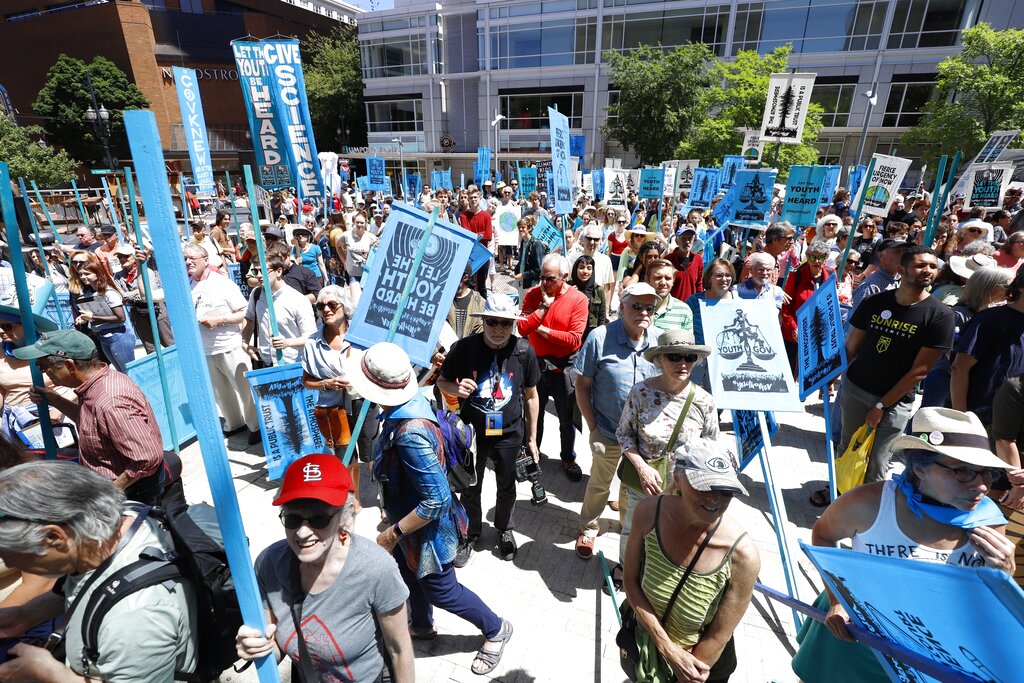 Supporters attend a rally Tuesday, June 4, 2019 for a group of young people who filed a lawsuit saying U.S. energy policies are causing climate change and hurting their future. (Photos: AP)

In a courtroom packed with environmental activists, federal judges wrestled Tuesday with whether climate change violates the constitutional rights of young people who have sued the US government over the use of fossil fuels.

A Justice Department attorney warned three judges from the 9th US Circuit Court of Appeals that allowing the case to go to trial would be unprecedented and open the doors to more lawsuits.

He called the lawsuit "a direct attack on the separation of powers" and said the 21 young people who filed it want the courts to direct US energy policy, instead of government officials.

The young people are pressing the government to stop promoting the use of fossil fuels, saying sources like coal and oil cause climate change and violate their Fifth Amendment rights to life, liberty and property.

The judges seemed to feel the enormity of the case, which the plaintiffs' lawyer compared in scope to the US Supreme Court's Brown v. Board of Education ruling that mandated desegregation of schools in the 1950s.

If the case moves forward, the judiciary would be "dealing with different branches of government and telling them what to do," said Judge Andrew Hurwitz, instead of issuing court orders telling officials to stop doing something deemed unconstitutional.

The dire threat to people, particularly the young, demands such action, said Julia Olson, chief legal counsel for Our Children's Trust, which is representing the plaintiffs.

"When our great-grandchildren look back on the 21st century, they will see that government-sanctioned climate destruction was the constitutional issue of this century," Olson told the judges.

The lawsuit asks the courts to declare federal energy policy that contributes to climate change unconstitutional, order the government to quickly phase out carbon dioxide emissions to a certain level by 2100 and mandate a national climate recovery plan. 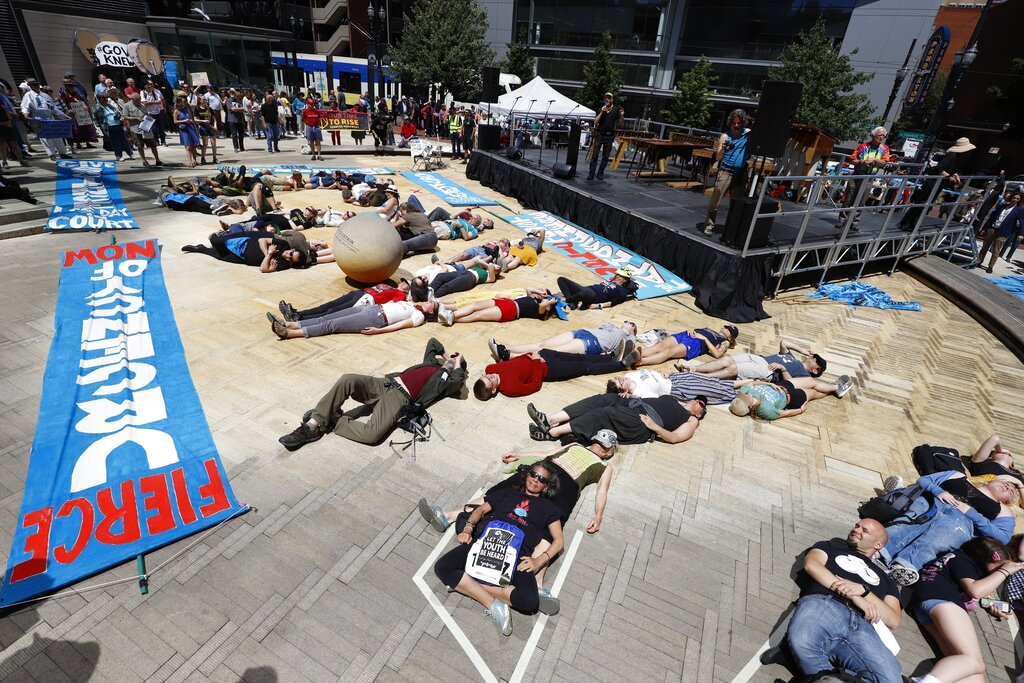 The Obama and Trump administrations have tried to get the case dismissed since it was filed in Oregon in 2015.

"It's just really disappointing to see the lengths that they go to — to not only not let us get the remedy that we're seeking, but not even let us have the chance to prove our facts or present our case at trial," said Nathan Baring, a 19-year-old from Fairbanks, Alaska, who joined the lawsuit when he was 15.

Baring said a social media campaign in the early days featured the hashtag #KidsvsGov, which was changed to #YouthvsGov as they got older.

"I think eventually it's just going to have to be #AdultsvsGov," Baring said, laughing.

As the case drags on, sea ice that protects coastal Alaska communities from fierce storms is forming later in the year, leaving those villages vulnerable, he said.

The young people argue that government officials have known for more than 50 years that carbon pollution from fossil fuels causes climate change and that policies promoting oil and gas deprive them of their constitutional rights.

Lawyers for President Donald Trump's administration say the young people didn't find any "historical basis for a fundamental right to a stable climate system or any other constitutional right related to the environment."

The lawsuit says the young are more vulnerable to serious effects from climate change in the future. The American Academy of Pediatrics, 14 other health organizations and nearly 80 scientists and doctors agreed in a brief filed with the appeals court.

They pointed out that the World Health Organization estimates 88% of the global health burden of climate change falls on children younger than 5.

The case has become a focal point for many youth activists, and the courtroom in Portland was packed.

If the 9th Circuit judges decide the lawsuit can move forward, it would go before the US District Court in Eugene, where the case was filed. The appeals court judges will rule later.