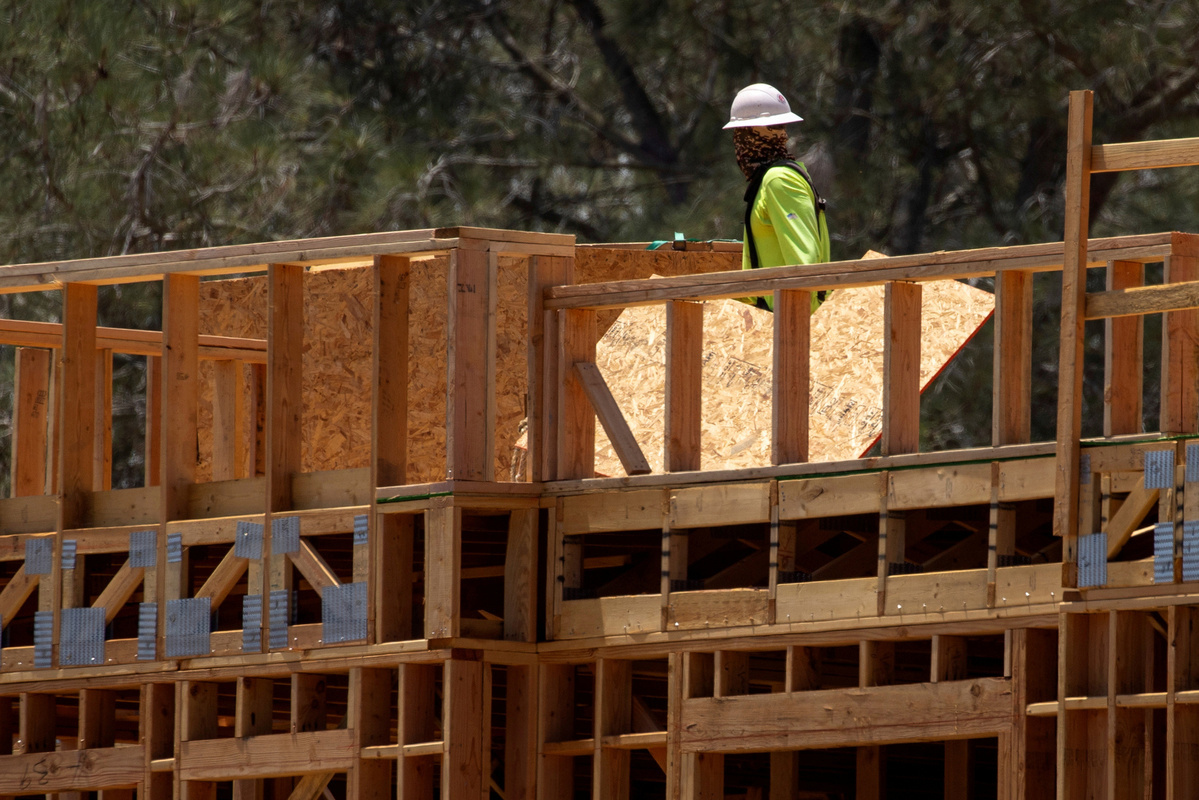 A construction worker on the job at a residential project during the outbreak of the coronavirus disease (COVID-19) in Encinitas, California, US, July 30, 2020. (Photo: agencies)

The researchers' analysis included 3,141 of 3,142 counties in the United States with available data, with the remaining county excluded due to incomplete information. The 200 days for which they collected data spanned Jan 22, 2020, when the first US case was confirmed, to Aug 8.

A one-percent rise in a county's income inequality, as determined by a research measure called the Gini index, corresponded to an average 2-percent rise in COVID-19 incidence and a 3-percent rise in mortality. The researchers noted that the average Gini index in US counties was 44.5 and ranged from 25.7 to 66.5, based on a 100-point scale.

Among other study results, the researchers found that the rate of virus infection was lower by an average of 32 percent in counties that were part of states covered by the Medicaid expansion under the Affordable Care Act, though they found no association with mortality rates.

No matter how they analyzed the data, "two things emerged. One is the racial and ethnic dimension, the other is the income inequality dimension. They're always there, always strong," said lead author Tim Liao, head of the sociology department at UI.

"Many studies have concluded that COVID-19 has revealed the fault lines of inequality in the United States," the researchers wrote. "This study expands that picture by illustrating how county-level income inequality matters, in itself and through its interaction with racial/ethnic composition, to systematically disadvantage Black and Hispanic communities."

The findings, posted on UI's website on Monday, have been published by JAMA Network Open.