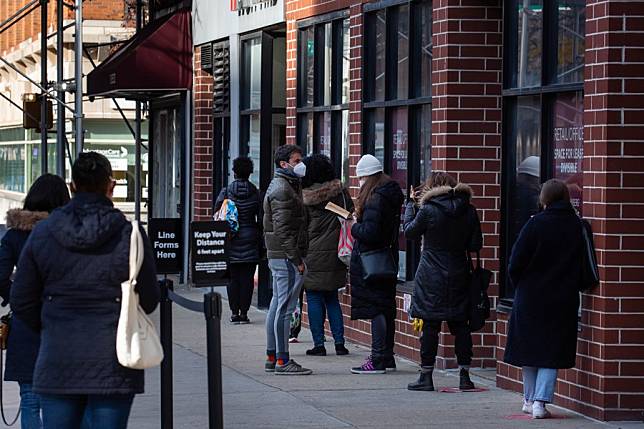 NEW YORK, Dec. 21 (Xinhua) -- The number of COVID-19 cases in the United States surpassed 18 million on Monday, according to the Center for Systems Science and Engineering at Johns Hopkins University.

Other states with over 500,000 cases include Ohio, Georgia, Pennsylvania, Tennessee and Michigan, the CSSE data showed.

By far, the United States remains the nation worst hit by the pandemic, with the world's largest caseload and death toll, making up more than 23 percent of the global caseload.

The past week witnessed record numbers of cases, deaths as well as hospitalizations across the states.

On Dec. 18, the United States reported 249,709 new cases, the highest number of daily cases so far since the pandemic began, according to data complied by Johns Hopkins University.

On Dec. 16, U.S. daily deaths surged to 3,668, the greatest loss of lives in a single day since the start of the pandemic, showed the university's chart.

In addition, current hospitalizations in the United States soared to a peak number of 114,459 on Dec. 17, according to The COVID Tracking Project.

Meanwhile, the Institute for Health Metrics and Evaluation at the University of Washington projected a total of 561,669 COVID-19 deaths in the United States by April 1, 2021, based on current projection scenario.