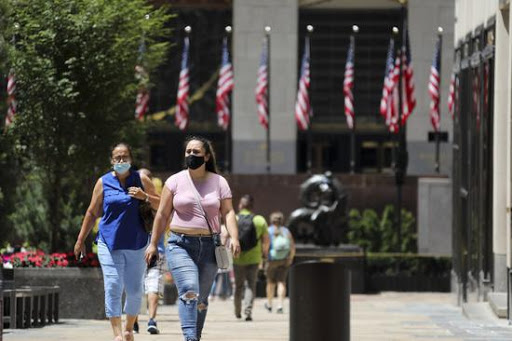 NEW YORK - The number of COVID-19 cases in the United States topped 2.9 million on Monday, reaching 2,910,023 as of 2:34 pm (1834 GMT), according to the Center for Systems Science and Engineering (CSSE) at Johns Hopkins University.

Meanwhile, the national death toll reached 130,090, according to the CSSE.

The state of New York reported the most cases and the highest death toll in the country, standing at 397,649 and 32,219, respectively. Other states with over 100,000 cases include California, Florida, Texas, New Jersey, Illinois, Massachusetts, and Arizona, the CSSE data showed.