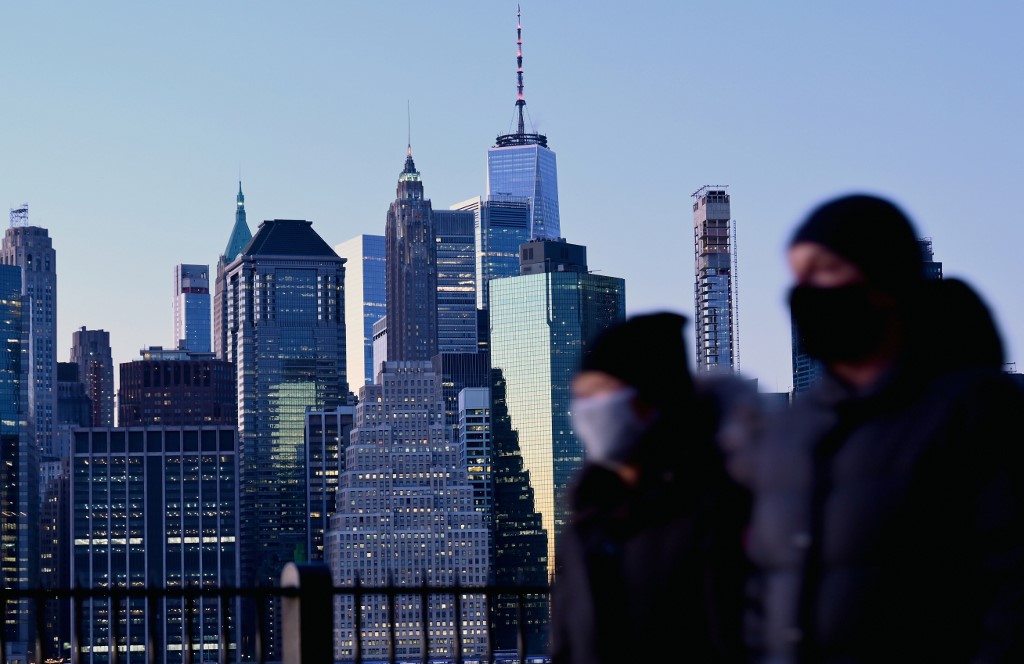 People wearing masks walk during a cold evening on the Brooklyn Promenade on November 18, 2020 in New York City. (Photo: AFP)

New York state reported 34,173 fatalities, at the top of the U.S. state-level death toll list. Texas recorded the second most deaths, standing at 20,147. The states of California, Florida and New Jersey all confirmed more than 16,000 deaths, the tally showed.

States with more than 9,000 fatalities also include Illinois, Massachusetts, Pennsylvania and Georgia.

The United States remains the nation hit the worst by the pandemic, with the world's highest caseload and death toll, accounting for more than 18 percent of the global deaths.

The United States reached the grim milestone of 200,000 coronavirus deaths on Sept. 22 and the number climbed to a quarter of a million in nearly two months.

U.S. daily fatalities caused by COVID-19 hit 1,707 on Tuesday, the highest rise in coronavirus deaths in a single day since the country reported 1,774 daily deaths on May 14, the CSSE chart showed.

Furthermore, an updated model forecast by the Institute for Health Metrics and Evaluation at the University of Washington shows that a total of 438,941 Americans may have died of COVID-19 by March 1, 2021, based on current projection scenario.

Public school students in the largest U.S. city will transition to remote learning starting from tomorrow until further notice. The schedule of resuming in-person learning is still unknown.

Since the start of the fall semester, the United States has seen an upward trend in new cases on campus.

Experts warned students returning from college and those who travel for family gatherings during Thanksgiving holiday may lead to a new wave of coronavirus infections.