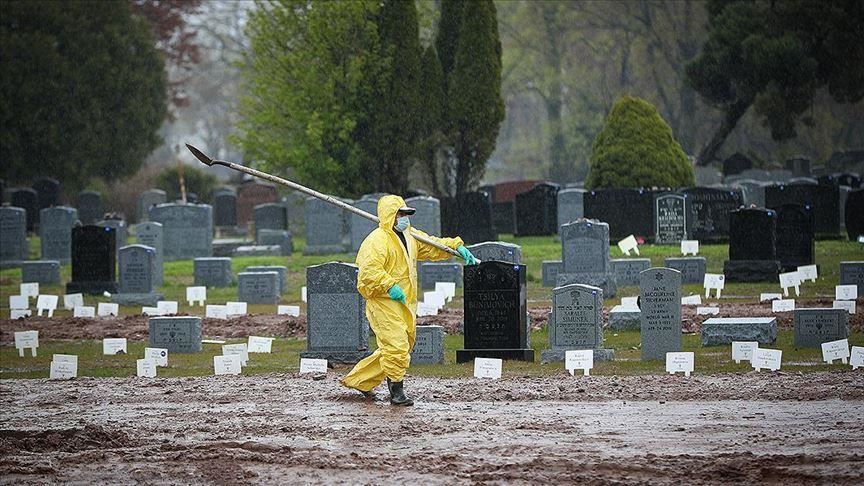 New York State reported 37,687 fatalities, at the top of the U.S. state-level death toll list. Texas recorded the second most deaths of 27,298. The states of California and Florida both confirmed more than 21,000 deaths, the CSSE tally showed.

The United States remains the nation hit the worst by the pandemic, with the world's highest caseload and death toll, accounting for more than 18 percent of the global deaths.

Tuesday marked the country's deadliest day ever since the pandemic began. U.S. daily deaths associated with COVID-19 surged to 3,725 on Tuesday, the highest single-day rise in death toll, according to data compiled by Johns Hopkins University.

In addition, hospitalizations in the United States hit an all-time high of 124,686 on Tuesday, according to The COVID Tracking Project.

A variant of COVID-19 that was first discovered in Britain was detected in the U.S. state of Colorado on Tuesday.

Henry Walke, an official from the U.S. Centers for Disease Control and Prevention, suggested in a briefing on Wednesday that the variant has been transmitting from person to person in the United States.

He warned that the variant could lead to rapid infections which will further impact the health care system overwhelmed by coronavirus patients.

An updated model forecast by the Institute for Health Metrics and Evaluation at the University of Washington has projected 567,195 COVID-19 deaths in the United States by April 1, 2021, based on current projection scenario.